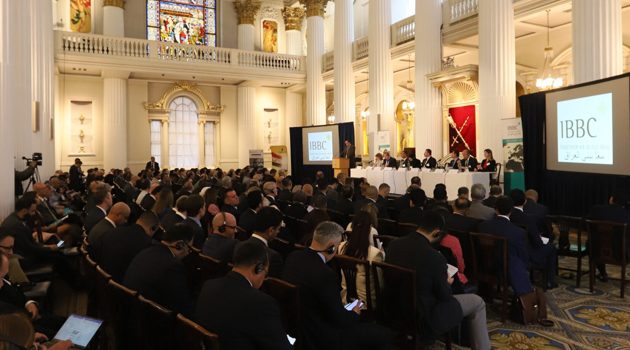 The Iraq Britain Business Council (IBBC) hosted the largest attendance for their Spring conference at the Mansion house on 24th May, with just under 300 attendees, half of whom came from Iraq.

Widely considered a success, the overall theme was 'sustaining economic growth in Iraq', There were multiple panels and roundtable sessions; including four panels focused on Finance and Energy, and additional themes of Education and Skills, Future Tech, Privatisation and a Kurdish ministerial roundtable with full attendance at all.

The conference was opened by Baroness Nicholson, president of IBBC.

The Rasmi AL Jabri award to the most outstanding, well run, professional Iraqi company engaged with the UK and international business from Iraq, was awarded to The Sardar Group and accepted by Mr Sardar Al Bebany from Rasmi's son and Baroness Nicholson.

Delegates came from all regions of Iraq, including KRI, Basra and Baghdad, with chambers of commerce, leading Iraqi businesses, and private investors and business- people engaged and supplying IBBC corporate members.

The Conference was also made available online and a recording of the Tech forum is available here.