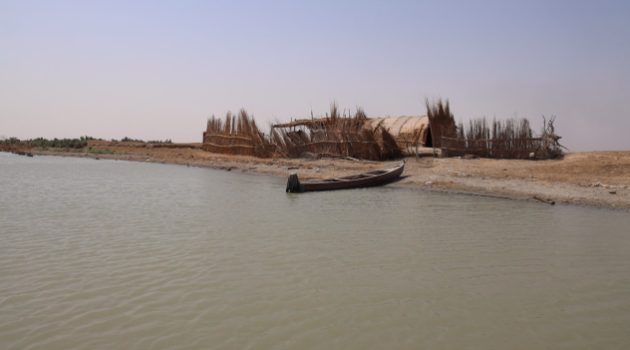 The Center for the Revitalization of the Iraqi Marshes and Wetlands, which is part of the Ministry of Water Resources, has made a plan to reduce the effects water scarcity on the Iraqi Marshes.

The Director-General of the Marsh Revitalization Center, Engineer Hussein Ali Al-Kinani, said the Marshes were affected by the lack of water from upstream countries, and by high temperatures over the past three years.

The dredging works and are still continuing, especially after the expansion and deepening works that the center started to implement at the beginning of this year.

The percentage of dissolved salts in the Euphrates River in Dhi Qar Governorate has been halved from 3545 parts per million (ppm) to 1850 ppm since the end of May.

FAO warns of threat to Communities in Iraqi Marshes