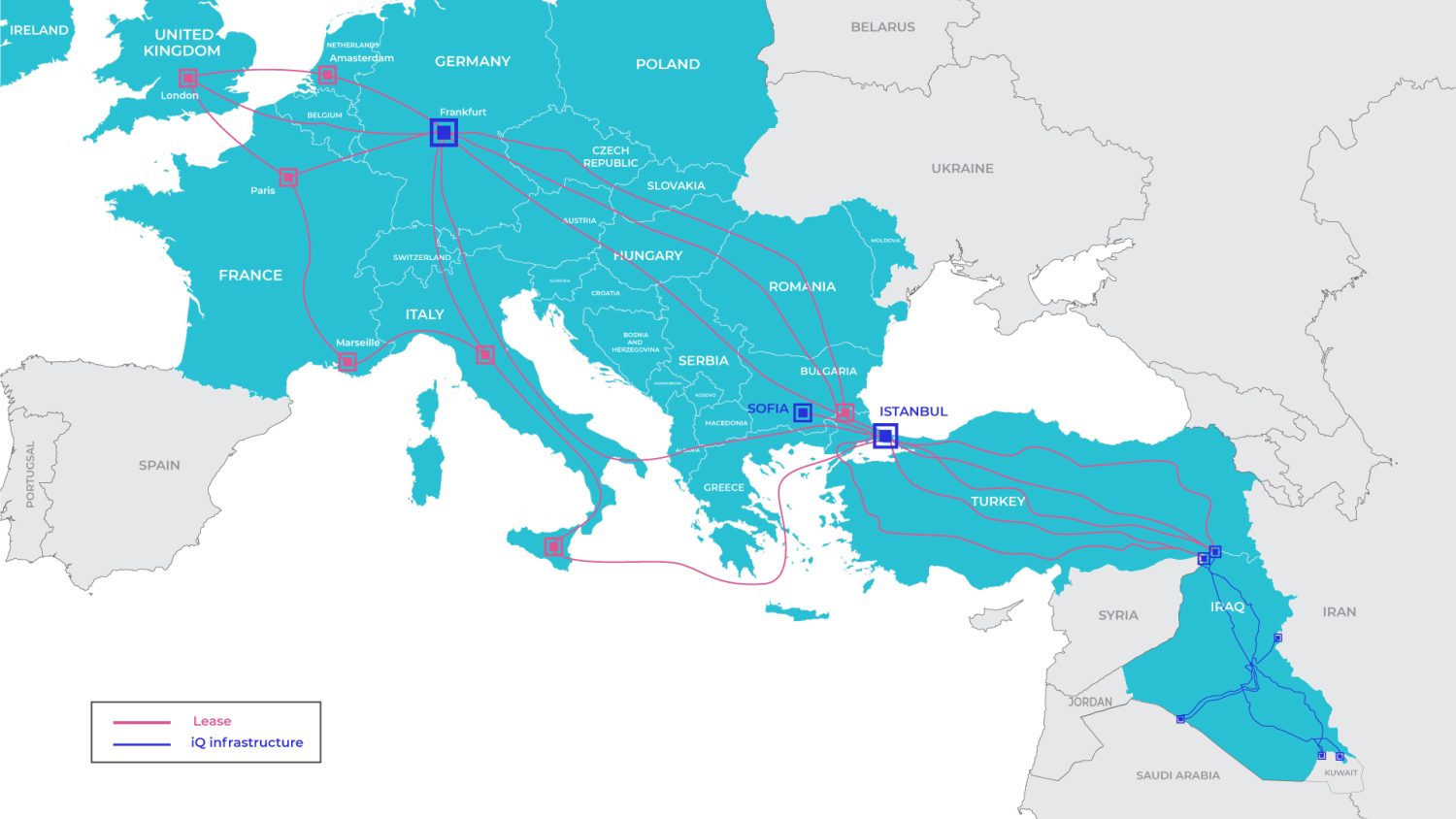 According to a press release, the new service will, "improve connectivity in the Middle East to the rest of the world ... [and] provide better latency and heighten download speeds across the continent to enable unprecedented streaming and gaming experiences."

It claims to be, "the most reliable cost-effective alternative to connect Europe and the Middle East ... bypassing the Red Sea bottleneck which is a choke point for internet traffic along with its extortionate monopolistic fees."

It says that Iraq, as a transit hub, can connect all the neighbouring countries to the global fibre-optic network and act as a path of least resistance between Europe and Asia.