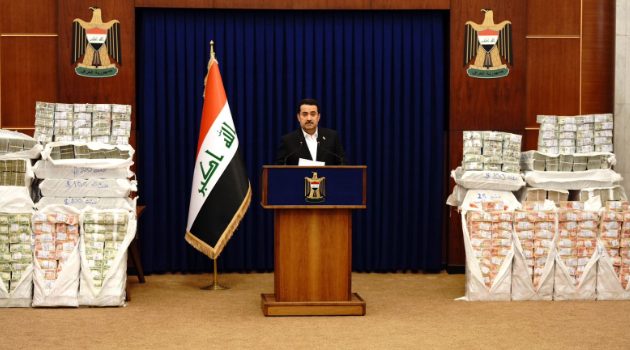 Iraq's prime minister has announced the recovery of some of the state funds embezzled in the multi-billion dollar corruption case which rocked the country in October.

Premier Muhammad Shia Al-Sudani has also declared the release on 50M IQD (34,000 USD) bail of a key suspect implicated in the case.

Noor Zuhair Jassim Al-Muthaffar has been granted two weeks to return a major portion of the missing funds.

This comes as a top judge is warning of political pressures to make Muthaffar the scapegoat.

The full article can be viewed here (registration required).