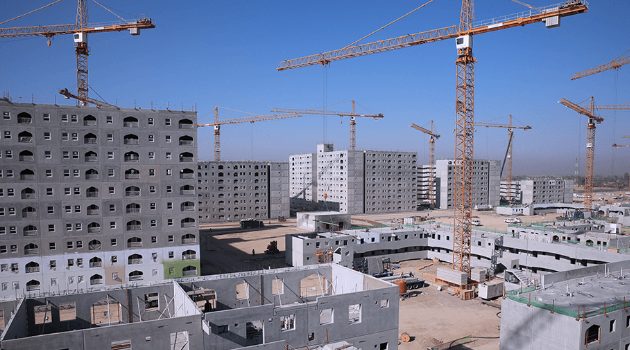 By Editor on 15th December 2022 in Construction & Engineering In Iraq

South Korea's Hanwha Group is reported to be "cautious" about resuming the construction at the giant Bismayah New City housing project, southeast of Baghdad.

The Korea Times quotes an official at the company as saying that if the Iraqi government completes payment of the money owed to Hanwha, the company, "may resume the construction." It adds, however, that because the initial contract was cancelled, it will take some time for a revised contract to be written.

In August, the Chairwoman of the National Investment Commission (NIC), Suha Daoud Najjar, said that the NIC has specified "a number of legal and financial conditions" to proceed with the development, adding that the NIC was waiting for a reply from the company.

Ms Najjar has subsequently stepped down as NIC Chair, being replaced on a temporary basis by Salar Muhammad Ameen. Mr Ameen discussed the Hanwha situation earlier this month with a delegation from the Parliamentary Investment and Development Committee.

According to the Korea Times report, the new Prime Minister and new NIC boss are "taking a friendlier approach toward Hanwha."