By John Lee. Greek construction company Archirodon has filed a petition to enforce an arbitration award against the General Company for Ports of Iraq, the Iraqi Ministry of Transport, and the Republic of Iraq. According to Offshore Alert, the company is claiming $105 million relating to an arbitration award that was granted three years ago. […] 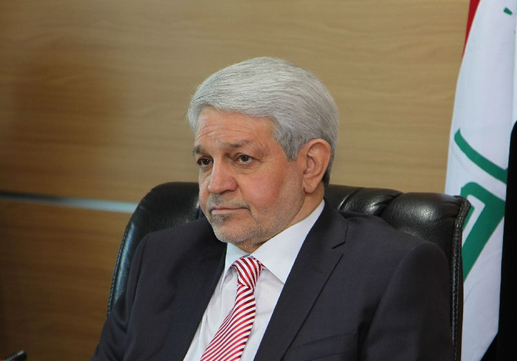 By Editor on 28th January 2015 in Construction & Engineering In Iraq, Iraq Transportation News

By John Lee. Iraqi Transport Minister Baqr Jabr Al-Zubeidi (pictured) has said that Iraq is considering seeking foreign investors to fund the multi-billion-dollar Grand Faw [Grand Fao] port project. Emirates 24/7 quotes the Minister as saying that the transport ministry is unable to execute the $6-billion (7-trillion-Iraqi-dinar) project, and is considering awarding the project "on […]

By Editor on 26th November 2012 in Construction & Engineering In Iraq

By John Lee. Iraq's Ministry of Transport has reportedly signed a contract with a Greek company to construct the eastern breakwater and dock services for the new Grand Faw sea-port. According to NINA, the project will cost 204 million Euros, equivalent to 315 billion Iraqi dinars. While the name of the company was not mentioned, […]

By Editor on 27th September 2012 in Construction & Engineering In Iraq

By John Lee. Iraq has announced a shortlist of two companies to build a breakwater for the $6 billion first phase of its Grand Fao port development. The director general of the State Company for Iraqi Ports, Omran Radhi (pictured), told Bloomberg that the Archirodon Construction Company submitted the lowest bid of 204 billion dinars […]