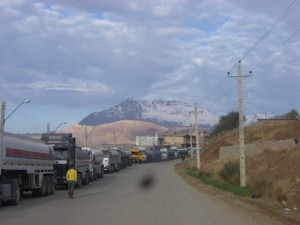 By Editor on 3rd January 2013 in Construction & Engineering In Iraq, Iraq Transportation News

By Editor on 31st May 2012 in Iraq Transportation News

Red double-decker buses to returned to Baghdad's streets this week, a colourful sign that the country is moving towards normality. Once a distinctive feature of the capital, the red buses with long white and black stripes disappeared after the 2003 invasion, and were either stolen or broken down. Hadif Omran, an official in a state-run […]