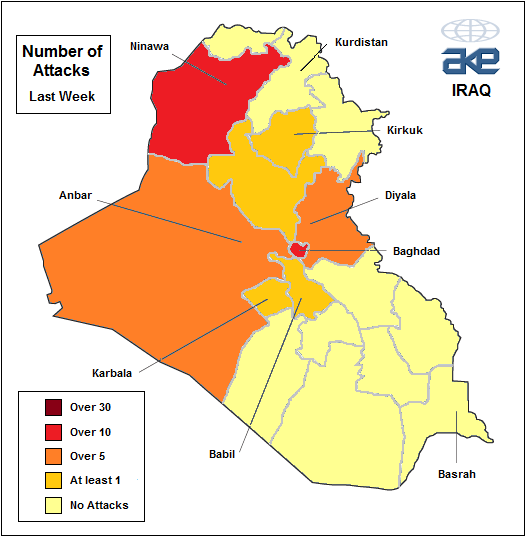 Levels of violence rose in Iraq for the fourth week in a row last week, with a number of people killed and injured in nationwide attacks. Violence was concentrated in Baghdad, Mosul and the districts surrounding the capital. As warned in last week’s Security Update on Iraq Business News there were several attacks conducted against […]