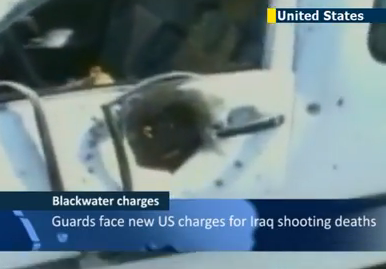 From Jewish News One. Any opinions expressed are those of the authors, and do not necessarily reflect the views of Iraq Business News. New charges have been brought against former Blackwater Worldwide security guards suspected of involvement in the 2007 killing of unarmed civilians in Baghdad:

Xe Services, the private security company formerly known as Blackwater Worldwide, has reached an agreement with the State Department for the company to pay $42 million in fines for hundreds of violations of United States export control regulations, according to a report in the New York Times. But by paying fines rather than facing criminal […]