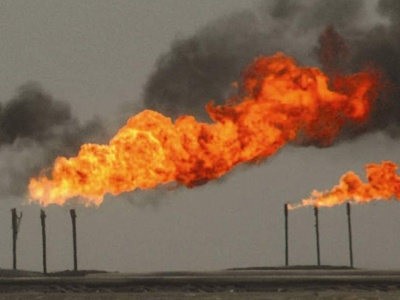 By GavinJones on 7th May 2010 in Construction & Engineering In Iraq

Iraq is set to call for bids from energy firms to develop its gas fields, the oil ministry said on Wednesday, as the war-ravaged country seeks new revenue sources to rebuild its battered economy.

"The ministry will announce tomorrow (Thursday) the launch of a tender to develop gas fields and it will invite international companies to participate," ministry spokesman Assem Jihad said.

"The product of these fields will initially be used to supply electricity stations and for other domestic needs, with the rest to be exported. The ministry hopes that Iraq will reach the level of other gas producers in the region."

Iraq produces a negligible quantity of gas compared with the size of its reserves, and currently flares off most of what it produces.

They are the 4.5 tcf (trillion cubic feet) Akkaz field in the western province of Anbar, the Mansuriya field in Diyala with three tcf and Sibba field in Basra with 60 billion cubic feet, MEES said, adding that 15 firms have been pre-qualified and invitations will be issued soon.

Akkaz and Mansuriya were offered in a round of bidding on oil fields last June but were not awarded.

French oil giant Total has already said it would "definitely" participate in the gas bid round.

Last year, Iraq awarded international oil majors contracts to develop 10 large oil fields in an attempt to ramp up its crude production capacity to 12 million barrels per day by 2017, from around 2.5 million bpd.

Iraq is highly dependent on crude exports for its government revenues, with 85 percent of its income coming from oil sales.

It has launched a major programme to build gas-fired power stations in an effort to triple electricity consumption nationwide by 2014, according to the planning ministry.

As part of the expansion plan, the government has signed contracts worth more than five billion dollars with General Electric and Siemens.