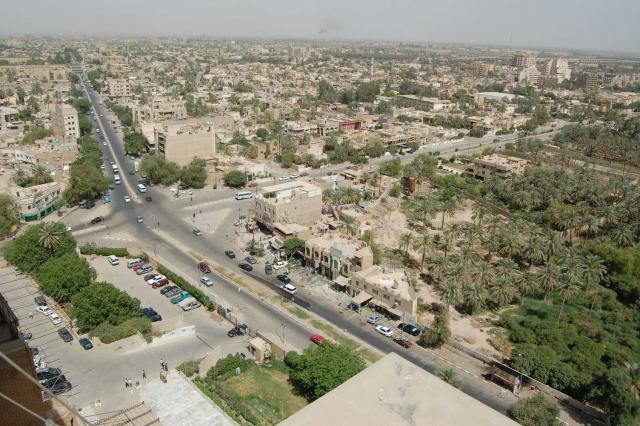 Gavin Jones, Partner with Upper Quartile,writing for The EIC

Iraq is fast becoming the engine for the oil and gas industry and is likely to hold this position for the next 10 years at least.    I hope that this article will address the scale and speed of development of this market for the engineering industry.

The scale of the opportunity is difficult to put accurate numbers to but is always in the hundreds of billions.   BP, Shell, Petronas, ENI, Lukoil, Statoil, Gazprom, China National Petroleum, Sonangol and Total are all rolling out development plans for fields with reserves quoted in the billions and production in the thousands of barrels.

International oil companies will manage many billions of contract value but make relatively little.    The 1st licence round in June 2009 was heavily criticised – Iraq had not allowed production sharing agreements, they were unreasonable in what they were prepared to pay, they were expecting the oil industry to do too much rebuilding.   The Wall Street Journal announced that the licence round had flopped.   BP was the only company to accept what was on offer at half of what they bid then paid $500 million as a signature bonus.    The 2nd licence in December 2009 round saw all available licences taken up and fees reduced to between $1.49 and $1.15 per barrel for the big fields: a remarkable change from the $40+ demanded initially.    The Iraqi Government has commitments to produce 12 million barrels of oil a day and $2 billion in cash commitments from the oil industry – guaranteeing commitments and in May agreed to set up a National Oil Company to manage these relationships.    Oh …. And then the Government launched a 3rd round of bids for 3 gas fields on the 19th May.

What about the service industry?    The working environment, the structure of the licences and the obligations mean that most of the work is going to be subcontracted in large chunks – at least in the early years.    Work has already begun, accommodation camps are being built, airlines have started commercial flights into Basra, Al Faw Port is being refitted at a cost of $4 billion, BP announced $600 million of drilling and down-hole service contracts and in addition Iraq will have to build floating oil terminals, clear land at Greenfield sites, repair pipelines, rebuild terminals, set up water-treatment plants for well injection, build oil-processing plants, lay pipelines, install gas-gathering equipment and power generators, haul in water and truck out fuel until pipelines are built. Water and power infrastructure remain major constraints, considerable spend on skills and CSR is also anticipated.  Schlumberger started recruiting 600 staff in May and Petronas is recruiting “hundreds” of staff.   Capital spending on oilfield services in 2011 alone is estimated to be five times that of Saudi Arabia, Bahrain, United Arab Emirates, Oman, Qatar and Kuwait combined.

What about the problems?     Well there are plenty and they keep coming.    Currently in the election aftermath there are calls to revisit licence awards.   This will cause some discomfort but I think the licences will stay – they are an excellent deal for Iraq with about 98% of the oil revenue remaining in the country and the required laws will be passed when the internal deals are done.    There will be ongoing discussions with OPEC – Iraq will challenge the pecking order in OPEC and weaken Saudi dominance as the world’s “swing producer” (the single mega-producer has been able to tweak the global price of oil by adjusting its own production).   Iraq is on course to pass Iran as the Gulf’s second-largest producer causing a significant realignment of power in the region.  Any decision on OPEC will be postponed until Iraq is in a much stronger negotiating position – my guess - at around 4½ mbbd and increasing.   Security issues remain but are changing in objective, increasing in magnitude but decreasing in number.    Iraq remains a dangerous place but security services are improving.   The biggest problem is getting all this easy-to-produce oil out of the country and into the international markets – deals are being done with Turkey and Ports are being rebuilt.   The oil is easy enough to produce but you still have to get the stuff to the big consumers like China.    This is the next big phase.

And the money?   If Iraq hits their 12 million barrel target this should tip $222 billion into the coffers annually but is going to take a few years.   Meantime the Government have negotiated a World Bank loan – on condition that they privatise the 240 State companies –and have been told that they can manage the $180 billion oil-for-food fund that the UN was holding over from the old days of sanctions and of the $120 billion in debts $55 billion - and 80% of whatever they owed China - have been written off.     The current state owned infrastructure and services are unable to respond to existing demand, the systematic dismantling of the private sector under the previous regime means there is no prospect of increasing capacity quickly.

My view is that the Iraqi Government has been a great deal more astute than many of the Governments advising them – they have sorted out the critical pieces of infrastructure (airports and ports); they have sorted out their income generation (oil) at a pace that would embarrass most developed Governments; they have put the gas gathering on the back burner (important but does not generate income) and are now starting to focus on the infrastructure to export oil; the next will be the schools, roads, hospitals and electricity to keep its citizens content.    20:20 hindsight is wonderful – but we have come a long way since the world announced last years licence round as a flop