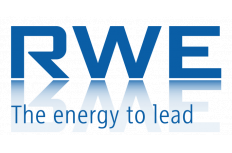 Baghdad has increased the stakes in the row that has flared up over the new German/Kurdish gas contract.

Last week we reported on the dispute relating to KRG's agreement with German energy giant RWE.

Now AKnews reports that the Iraqi oil ministry said last week that it will cut Kurdistan’s fuel share in half as a punitive measure.

A senior energy official in Kurdistan says the Iraqi government has not yet enforced that decision, and there are no shortages in the region. There are reports that fuel prices have risen.

"If the decision is put into practice, the KRG will identify a plan to prevent fuel crisis," Hamid said.

"We believe that a fuel crisis is unlikely to emerge in the Kurdistan Region because the KRG is doing its best to prevent it," he added.

Kurdistan mostly depends on refineries run by the Iraqi government for its fuel, most notably Beji [Baiji] oil refinery in northern Iraq.

Last month, Kurdistan's energy and natural resources minister said a large refinery near Erbil will be opened soon. The new refinery is expected to provide a large part of Kurdistan’s fuel needs.

Meanwhile the German government has refused to get involved in the dispute.