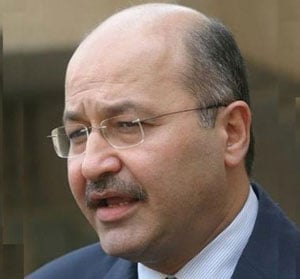 The Prime Minister said, “This confirmation of payment to the KRG for the Region’s contractors amounts to around 50 percent (US$243 million) of net revenues derived from the export of over 5 million barrels of oil from the Kurdistan Region between the start of February 2011 and March 27.”

The payment is part of the recent interim agreement on revenue allocation reached by the KRG with the federal Prime Minister Nuri al Maliki and the federal Ministers of Oil and Finance.

That arrangement allowed for the resumption of oil exports from newly discovered fields in the Kurdistan Region, marketed by the federal government’s State Oil Marketing Organization (SOMO), and with a percentage of the revenues going via the KRG to the contractors to pay exploration and extraction costs.

“This is a significant and welcome step forward for the Kurdistan Region and Iraq,” the Prime Minister said. “I am pleased that the KRG and its contractors are making an important contribution to Iraq’s oil output and thus to the revival of Iraq’s economy.

The Prime Minister said, “The triggering of the oil payments mechanism signifies the commitment to resolve the outstanding issues between Erbil and Baghdad in accordance with Iraq’s Constitution.”

He said “This positive development will add impetus to discussions over a long-delayed raft of federal oil and gas related legislation. The dispensation of the costs to the relevant companies will adhere to our agreement and in accordance with verifiable auditing standards.”

One Response to KRG Oil Contractors to Get First Payment