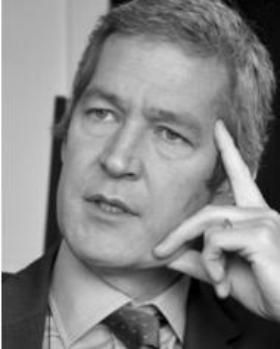 I was delighted to see that a UK consortium, Spectrum C2R, has just won a major contract for waste management in Salahaddin and half of Erbil: an excellent choice and coming on top of Land Rover being awarded a significant contract with the Traffic Police, and a sizeable Kurdish business delegation in the UK it has another been a good few weeks for UK-Kurdistan trade.

That is a huge task for Iraqi Kurds of today to live up: to make those sacrifices worthwhile by contributing to a free, democratic and effective Kurdistan and Iraq.

It seems therefore odd to write about something as seemingly inconsequential as litter. But it goes, in a small way, to the heart of what it is to be a good citizen.

Kurdistan’s beautiful, historic and booming capital – a great place to live – is generally a clean city with responsible and diligent people keeping it so, but some of the roadsides are made unsightly with litter.

What goes through the mind of people when they drop litter? Either they don’t care that they are detracting from Kurdistan’s natural beauty – shame on them – or they expect someone else to pick it up for them. Who? Of course, the buck stops with the state. That sounds like it is cost free. But it is not.

Kurdistan’s wealth and wealth-creators pay the salaries of government employees. That means there is an obligation to make sure that the government is financing only that which is necessary. Speaking personally, I would not put spending money picking up litter that shouldn’t be dropped in the first place at the top of my list of government spending.

But, if people do drop litter, someone has got to pick it up. The questions ‘litter louts’ as we call them in the UK, should ask themselves are: who do I want to pick up after me and how much would I want to pay them to do it?

Another thing that good governments do well is to encourage good behaviour among its citizens. On litter, that means providing bins and bin-liners in convenient places, encouraging people not to drop litter and, in extremis, fining them if they do.

That is at the heart of why Spectrum C2R won the contract – a commitment to excellence, UK experience combined with local knowledge and an understanding that the key is to dissuade ‘litter louts’ from making Kurdistan look dirty.

And it shows that the KRG recognises that citizens assess the effectiveness of any government by how well it provides good public services. Delivering good public services covers a wide range of issues. But often, it depends upon conscientious ministers picking the best contractors for every day, unglamorous work of things like waste management.

It doesn’t sound important. But it is. It is what good governance is all about.