Recently I was thinking about the various ways and through what mediums nations tell stories about who they are, where they come from and what they have to offer. Postage stamps came to mind. Whether you love them, don’t particularly notice them or collect them postage stamps tell time-framed stories and capture national sentiments. They’ve been around (in paper format) since the 1840’s – baring images of Monarchs, Presidents, heritage sites and key political figures. 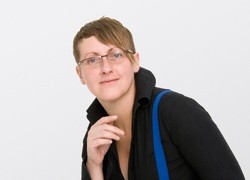 Over the years’ stamps have been widely studied for their historical significance. I asked myself what stories Iraq’s choice of stamp designs revealed about the nation, past and present? After coming to power, was Saddam’s dictatorial style reflected on the nations’ postage stamps? Did they portray his face? If so, was he in military uniform? Did they depict ancient scenes, the agriculture or oil industry?

The earliest Iraqi postal system is said to have originated in northen Iraq, or Assyria, as it was then known in approximately 600BC. Letters were written in cuneiform (pictograms) on clay tablets and enclosed in clay envelopes.

The Ottoman Empire saw post offices open in Baghdad, Basra, Mogul and Kirkuk, and in 1868 India operated two post offices in Baghdad and Basra from 1864 – 1914. Interestingly, these stamps carried Indian imagery, which were later overprinted by the British military during World War I, as British soldiers fought in Basra and Mosul. Already, it’s curious to see that India and the UK had literally stamped their mark on Iraq’s postal system during that time.

The British mandate granted by the League of Nations in 1920 saw the first official Iraqi postal system, which led to the introduction of the very first Iraqi national stamps – not, at this point depicting a monarch or political head, but they contained scenes of ancient and present day Iraq, connoting a sense of pride in the countries’ rich sites of historical importance. Faisal I of Iraq appeared on stamps in 1927 and again in 1931. This was the first time that Iraqi stamps were definitively Iraqi, without the presence (albeit temporary over-printing) of another country, and interestingly, this was pre-Iraqi independence.

Independence in 1932 saw a new currency, and a re-printing of the original (1920’s) set of stamps, including Faisal’s. To coincide with the accession of King Ghazi, new stamps appeared yet again in 1934, followed by another set in 1941 after the unexpected death of King Ghazi. The 1941 designs reverted back to depictions of scenery because Faisal II was an infant at the time. However, 1942 marked the young boy, Faisal II’s first appearance on the stamps, followed by updated versions of him as a teenager in 1948.

As many other nations did in 1949, Iraq printed its first commemorative set of stamps to mark the 75th anniversary of the Universal Postal Union. This was 17 years after Iraq’s independence. Concurrent with the coronation of Faisal II three more designs were commissioned, some of which were only partly available prior to the 1958 revolution, which saw these designs overprinted by General Qassim’s regime, perhaps an indication that he was seeking to assert his authority instantly. General Qassim was behind Iraq’s very first commemorative set of stamps that featured him as benevolent leader.

Saddam Hussein was Vice President when he was first depicted in 1976 and by the mid 1980’s it is claimed he appeared on the majority of stamps produced. February 2003 saw the release of the last stamp he was featured on. Two other designs were scheduled but the printed versions were reportedly destroyed by looters, however the proofs survived and one, on the theme of transport was later approved for release by the Coalition Provisional Authority. Since then, overprints have been in use, but don’t appear to have been officially authorized.

An interesting set I came across, although I have no idea if they were official or not, is a series of “No” stamps. The eight designs are said to reflect the views of the majority of the population, commissioned under Iraq’s PM of the time, Al-Maliki. Printed on them are these words: No to Terrorism, No to Occupation, No to Dividing Iraq, No to Killing the Innocent, No to Sectarianism, No to Militias, No to Baathism, No God but Allah.

Although Saddam Hussein has been the most-featured man on Iraq’s stamps, the “No” set struck me as the most politically charged. Yes, Saddam’s face had appeared on a lot of stamps but from what I could find there seemed to be a distinct absence of powerful political messages that, I for one, found entirely unexpected.

2 Responses to Postcards from Iraq