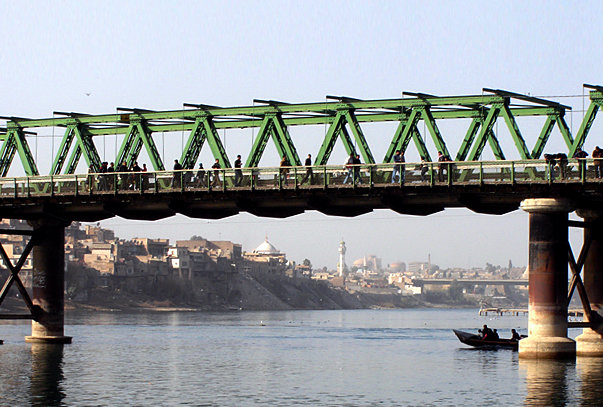 By Editor on 3rd August 2012 in Politics, Security

The conflict with Syria is threatening to spill over borders, as Iraqi Kurdistan and Baghdad line up on opposing sides. Now the face-off has gone beyond words, with Iraqi and Kurdish troops digging trenches in a border village.

For weeks, Iraqis living in villages and towns near the Syrian border have heard bomb blasts and explosions as the Syrian rebels and the Syrian army fight fierce battles. But now observers are warning that Iraqis may soon do more than just hear the noise of warfare, as the conflict threatens to spill over the border.

The would-be battleground looks likely to be the northern Iraqi state of Ninawa and, rather than any Syrians playing a role in fighting, the troops facing off will be those belonging to the Iraqi army, under Baghdad’s command, and troops belonging to Iraqi Kurdistan, under Erbil’s command. The semi-autonomous state has its own borders, government, legislature and military, all of which operate relatively independently of the rest of Iraq.

And while the government in Baghdad appears to have been tacitly supporting the beleaguered regime of current Syrian President Bashar al-Assad - or at the very least, trying to stay neutral – at least some of the Iraqi Kurdish authorities have been doing exactly the opposite.

For example, the region’s president, Massoud al-Barzani, recently admitted that the Iraqi Kurdish had been giving military training to Syrian Kurdish refugees who had fled over the border.

The Kurdish people are one the largest ethnic groups in the world without an actual homeland and Kurdish living in Iraq, Iran, Syria and Turkey share a language, culture and ethnicity. Analysts say that by supporting their Syrian Kurdish counterparts in the ouster of al-Assad’s regime, the Iraqi Kurdish hope to be able to play a role in Syria in the future, should al-Assad be deposed.