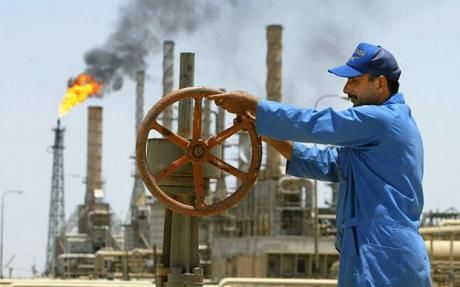 The North Oil Company has announced the resumption of oil flow in the pipeline from the Kirkuk oilfields to the Turkish port of Ceyhan after being shut off for three days because of repairs to a damaged line.

A source from the company was quoted by the National Iraqi News Agency, saying that the maintenance teams were able to repair the damage in the line near Shirqat in the village of Abu Jahash that was caused by an act of sabotage, which led to the shut down. The pipeline resumed pumping on Wednesday, which includes up to 300,000 barrels out of the total 670,000 barrels produced.

NINA's source at the North Oil Company explained that the production processes were not damaged because the excess crude oil was stored in the K2 complex near the Baiji refinery.

One Response to Pipeline From Kirkuk To Ceyhan Port Reopened