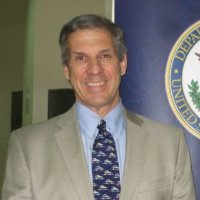 By Editor on 17th September 2013 in John Schnttker

By John Schnittker, Chief Economist at Schnittker Associates, and former Ministry Advisor at the US Embassy in Baghdad.

Iraq’s first tender to purchase wheat on the international market since mid-May 2013 reflects that despite a record wheat crop Iraq remains a major importer of wheat and flour products. Iraq’s 2013 wheat crop of nearly 4.0 million metric tons will satisfy only around 60% of Iraq’s appetite for wheat and flour.

The bulk of Iraqi wheat production is purchased by the Ministry of Trade and utilized in Iraq’s Public Distribution System (PDS). The PDS is Iraq’s “safety net” food program that distributes flour, rice, sugar and vegetable oil to Iraq’s citizens.

Despite Iraq’s newfound oil wealth millions of Iraqis remain either food insecure or vulnerable to food shortages. Iraq is also a major importer of flour, primarily used by commercial bakeries.

The current tender is for a minimum quantity of 50,000 metric tons and specifies wheat from multiple origins, including the United States, Canada, Australia, Romania, Kazakhstan and Germany.

Offer prices must be submitted by Sunday September 22. Currently wheat from the Black Sea region is priced more competitively than either US or Canadian wheat, and Black Sea wheat also enjoys an ocean freight advantage. Little Australian wheat is currently available as their harvest is still 3 months away. Both price and quality factors will influence the purchasing decision.

Iraq has also announced that the blending rate of domestic wheat will be increased to 60%. Imported wheat is blended with domestically produced wheat to improve both the baking characteristics and the overall appearance of PDS flour. A lower percentage of imported wheat may cause some concerns, but Iraq has shown significant progress in recent years in improving both the quantity and the quality of its wheat production.

Iraq can be expected to tender on a somewhat regular basis over the next 9 months, as annual wheat import requirements appear to be around 1.8 million metric tons.