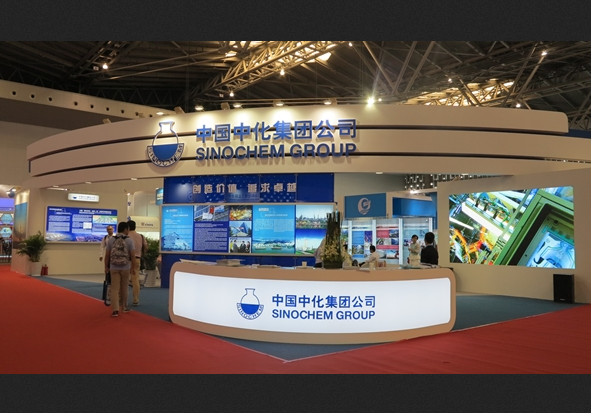 Reuters reports that China's state-owned Sinochem Corp plans to use Iraqi crude oil for 40 percent of the capacity of its new refinery, in what the article describes as "the latest example of Iraq beating Middle Eastern rivals in the competition for new markets in Asia".

The deal wold replacing a preliminary agreement to use more expensive oil from Kuwait, and make Sinochem one of Baghdad's top oil buyers next year, when the company starts its first wholly-owned refinery.

"Kuwaiti crude is pricier than Iraqi oil and it is non-tradable, making it less competitive," said a trading source with knowledge of the deal. Sinochem would still likely buy some crude from Kuwait, he added.

Sinochem's 240,000-bpd Quanzhou plant is expected to process about 100,000 bpd of Iraqi crude after completing test runs due to start in December. It may still need to honour, at least partially, a non-binding agreement from 2007 with Kuwait to buy 240,000 bpd Kuwaiti oil for the plant. Traders said that Sinochem had never formalised the supply deal with Kuwait.

Sinochem, one of Baghdad's long-standing Chinese customers, is already buying 200,000 bpd of Basra Light crude, most of which now goes to Chinese refineries owned by Sinopec.