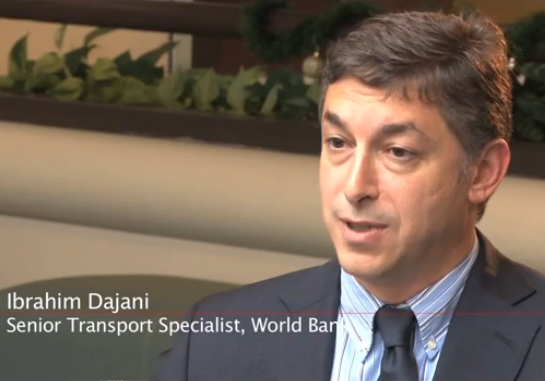 By Editor on 21st December 2013 in Construction & Engineering In Iraq, Security

From The World Bank.

A new project will reduce traffic fatalities by nearly 25 percent on two transport corridors connecting Iraq to its northern, southern and western neighbors and beyond.

The US$355 million Iraq Transport Corridors Project, approved by the World Bank Board of Directors on Thursday, will improve road quality and safety and promote citizens engagement, national unity and regional trade integration. It will be implemented in partnership with the government of Iraq, who will contribute US$384 million, and the Islamic Development Bank who will contribute US$217 million as a first phase.

“The project which covers the main national route will facilitate trade movement between Iraqi governorates and with neighboring countries. This will boost economic growth and lead to better service quality along the international corridors which carry most of the tradable goods,” said Ferid Belhaj, World Bank Country Director for the Mashreq Department.

“Iraq has one of the highest levels of road accident fatalities in the world and the rehabilitation of the expressway will improve road safety and travel time. Commuters and residents will also be able to report on the condition of the roads using mobile phones and GPS technologies.”

Decades of war in Iraq have left the road agencies with limited human resources capacity to effectively manage the 48,000 kilometers road network. Poor maintenance has resulted in an increase in the number of traffic accidents with almost 6,000 fatalities reported in 2010.