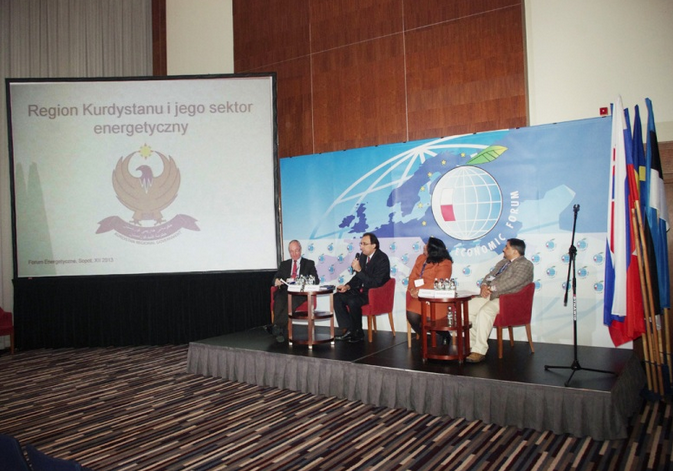 The Energy Forum is the biggest conference in Poland and one of the biggest in Europe devoted to the energy sector. The conference themes included the European Union’s energy policy, the gas market in Europe and global issues such as the future of shale gas.

The conference was opened by Poland’s Deputy Prime Minister Janusz Piechocinski and was attended by members of the Polish, Russian and Ukrainian parliaments, and Lithuania’s Minister of Energy, Janusz Niewierowicz. Leading energy companies from around the world also participated at the event which ran from December 16 to 18.

Mr Raoof spoke at a session titled Energy Potential: Non-European Perspective and focused on the investment opportunities and potential in the Kurdistan’s energy sector. He outlined the region’s oil and gas resources, current and future pipelines, the region’s oil and gas law and the opportunities for investors. Mr Raoof emphasised that the development of the energy industry is in line with the Iraqi constitution which enables the KRG to explore and export its own resources.

During the three-day conference, Mr Raoof met MPs from several countries, as well as representatives of ministries and energy groups. He held a meeting with Lithuania’s Minister of Energy, Jaroslaw Niewierowicz, who expressed an interest in developing Kurdish-Lithuanian cooperation.

Energy Forum takes place every year in Sopot. The organisers of this event are also responsible for the Economic Forum, an annual international conference in Krynica. Last year, Mr Raoof, along with KRG ministers Ali Sindi and Herish Muharram, participated.