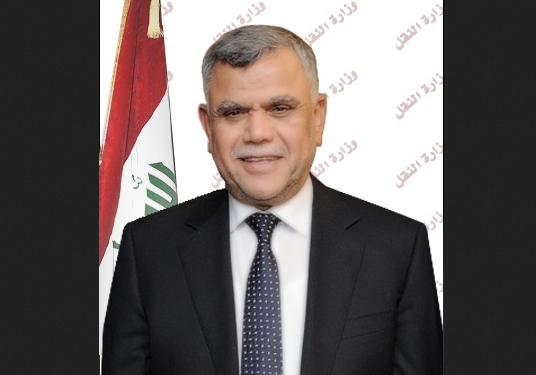 By Editor on 11th March 2014 in Iraq Transportation News

Iraq’s transport minister, Hadi Al Ameri [Hadi al-Amiri] (pictured), has reportedly apologised for an incident in which a Lebanese airliner en route to Baghdad was ordered to turn back mid-flight to pick up his son, Mahdi.

Gulf News reports that the Minister also pledged to turn his son in if an Iraqi investigation found he had carried out any wrongdoing, and insisted he would personally bear the costs of the Middle East Airlines (MEA) flight having to turn around while travelling from Beirut to Baghdad.

“I ask you to forgive me for what happened,” Ameri said during a press conference at Baghdad airport in which he refused to take questions. “As a minister, I will bear the costs of transport and the losses at my own expense, because the issue relates to my son.”

The airline told Reuters that the flight was delayed while MEA staff looked for Mahdi al-Amiri and his friend in the business lounge, adding that when Amrri arrived at the gate he was angry and said: "I will not allow the plane to land in Baghdad". Twenty-one minutes into the flight, the Baghdad airport manager called MEA to tell them there was no clearance to land, and the plane then returned to Beirut and the passengers disembarked.

Following the incident, Iraq’s prime minister Nouri Al Maliki ordered “all those responsible for preventing the plane coming from Beirut from landing in Baghdad” be “dismissed and held responsible”.

Later the same day, the deputy head of Baghdad airport was arrested by troops reporting directly to the prime minister, but according to Gulf News it was unclear what role the official is thought to have played in the incident.