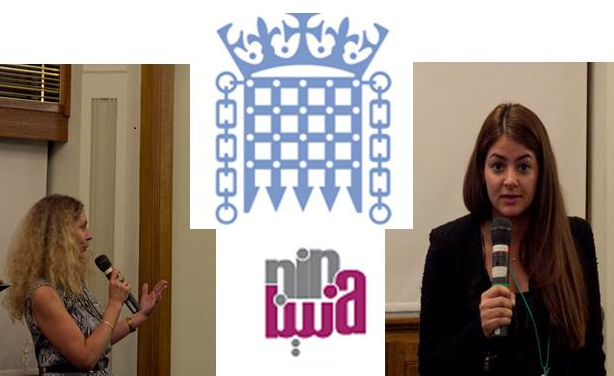 By Madeleine on 1st May 2014 in Construction & Engineering In Iraq, Employment, Iraq Education and Training News, Madeleine White

Nina-iraq.com is new magazine and webportal for Iraqi Women everywhere. In a launch that has coincided with the Iraqi elections, Nina is a sign of hope and strength that allows the international 5 million diaspora to connect back to support women’s economic empowerment in country. Free educational links, business building courses and mentoring support are provided by strategic partner Microsoft on the Education pages. Other connections include WeConnect International and a bespoke business registration service and of course support from strategic partner the Iraq Business News.

Nina magazine was launched by Lorley Burt MP, the UK’s women’s enterprise champion in the House of Commons on 29th. Supported by Baroness Symonds of Vernham Dean, Chair of the ACCB, the launch was attended by senior members of the business community in Iraq, Sweden and the UK. Also by the IBN's very own Bob Tollast. The powerful stories, first-hand accounts and data offered by Nina allows targeted communication and building of trade opportunities between the countries creating a way for the international private sector to fully participate in the burgeoning economy that is Iraq.

Supported by the World Bank and Chamber Trade Sweden with issue sponsors Afren and supporters such as Asiacell, Nina is destined to become the media destination for women across the region as well as the global diaspora. An international team is headed by development and communications specialist Madeleine F White and Nina is published by the Private Sector Development Center in Iraq. 20,000 hard copies of Nina will be distributed across Iraq and Digital distribution will bring the total readership up to 50,000 for the first issue.

Nina recognizes the importance of women as consumers whose lifestyles, careers, attitudes and priorities have evolved with the world around them. The women’s market is growth area for consumer goods and services in Iraq. Nina is a meeting point for tradition, innovation and ideas and harnesses the voice and the passion around making a difference to our cultural society. It’s about giving women an opportunity to participate economically, to participate in civil society, to participate as mothers, workers, wives. Not because we demand equality but because if we have equal opportunity there is a lot we can bring to bear.

The OECD suggests that if women had equal employment in labour market status as men, the Eurozone GDP would grow by 13 per cent. The Japanese GDP by 16 per cent, the Middle East at over 20%. The Iraqi GDP is 10.4 per cent and it’s growing at a phenomenal rate imagine the power of that extra 20% growth, this is where Nina comes in turning the 60% of women that are economically inactive into a powerful force for nation building.

“Nina is published by PSDC because it considers women’s economic empowerment as one of the main pillars for its development activities.

Nina is our way of lighting a candle for Iraqi Women instead of cursing the darkness. But Nina will not be one candle only but the candlebra, with every article or contribution you make being another candle on it, making it less dark for women in Iraq. So please, keep adding candles until every woman in Iraq can make her own choices.”

One Response to Nina-iraq.com, nation building for Iraqi women launches this week