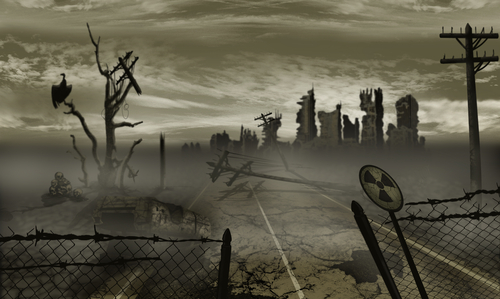 When George W. Bush invaded Iraq, he was criticized, including for being motivated by eschatology (the aspect of theology that deals with the end of days) and desiring to push a right-wing Christian agenda in terms of the Christian prophecy regarding armageddon.

Yet in 2003, no one foresaw the current conflict in Iraq that would lead many among the conflicting Iraqi parties to see the events as part of the prophecy of the end times, which could have an extensive impact on the conflict.

Religious visions of the apocalypse are applied to the Iraqi conflict in a structural and radical way. The religious aspect of the conflict has exceeded being mere strife between major religious denominations and sects in the country. Both Sunni and Shiite parties have made headway in applying the prophecy of the end times to current events, and have understood the recent developments as part of a prophetic context in their religious texts on the events of the end of days. This has not only exceeded the religious analysis of the events, it has even made both parties work according to this prophecy — with the religious prophecy having become an influential factor in the course of events in the country.

Abrahamic religions — Christianity, Islam and Judaism — despite having an overall structure of the end times, follow different scenarios on their prophecy of what will happen in the future. Jews associate the end with their final return to the Holy Land; Christians link it to the second coming of Christ; and Muslims see it by means of the spread of Islam throughout the entire world.

They all associate these events with major tragedies that will take place ahead of these times, and with extensive and violent conflicts that will ultimately lead to world peace. Yet, all of these narratives are built upon the basis of a binary struggle between good and evil that leads to the final defeat of evil and permanent triumph of good.