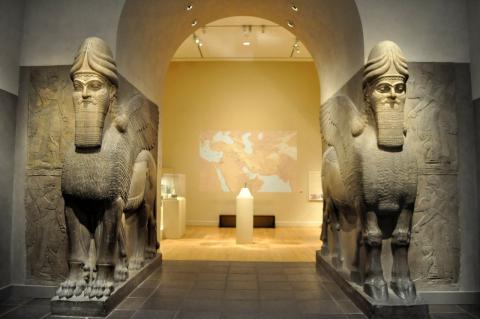 No doubt in the hope of happier times ahead, Iraq's National Museum has opened two new halls at a recent well attended ceremony.

Showcasing objects from a span of 7000 years of Mesopotamian history, a key feature of the new part of the museum was some 500 objects from the Hellenistic period, some 3 centuries before Christ.

Many artefacts in the museum have been painstakingly sought out and brought back to Iraq following devastating looting of the museum in 2003. UNESCO has been instrumental in this effort, and critical to the new exhibition was a series of statues from Hatra, and area south of Mosul.

The stunning and critically endangered Hatra site is perhaps best known (outside of archaeologist circles) as being the setting for the opening scene of cult '70s horror film The Exorcist.