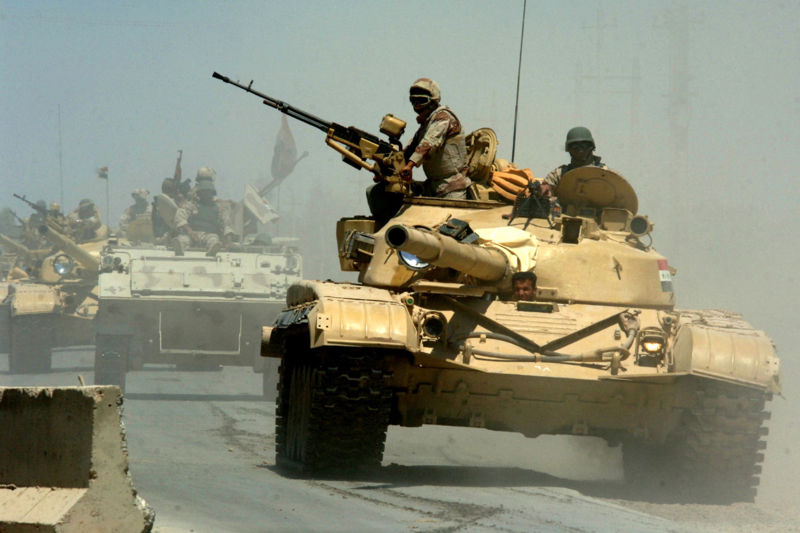 The Associated Press has reported recently on the northern Iraqi town of Amerli where some 15,000 members of Iraq's Shi'a Turkmen minority are cut off from food and water supplies and besieged on all sides by Islamic State of Iraq and the Levant (ISIL) fighters.

If ISIL are able to enter the town it is highly likely there would be mass killing of civilians, given the group's stated aim of eradicating Shi'as, who they believe are "apostates".

As such, townsfolk have armed themselves and Iraqi army armoured columns from the 9th division (pictured) are on their way to try and break the siege. Given that recent attempts by Iraqi units to recapture Tikrit have fared badly, it is uncertain whether an attempt to save Amerli would succeed.

Conditions inside the town are said to be terrible. Iraqi air force helicopter re-supplies are insufficient for the number of trapped and starvation is said to have taken hold.

The mayor of Amerli has appealed to the US government to intervene and save the town in a similar manner to the operation to save members of the Yazidi community.