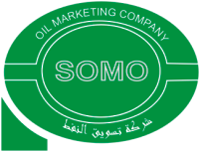 It's a deal that could cement a prosperous shared future for Baghdad and Arbil. But despite the new good will between the two sides, there is huge political opposition from Iraqi Arabs who object to the current terms.

In the Kurdish region, many feel that the history has already turned toward their inevitable independence.

According to Reuters, observers have been encouraged by the current situation where the KRG exports no less than 250,000 BPD through the central government controlled State Oil Marketing Company while an additional 300,000 BPD from Kirkuk will be exported via the KRG.

Until a final deal is reached, the KRG will be allowed to export oil produced in the Kurdish region, although this is still deemed illegal by Baghdad.

However, Iraqi Oil Minister Adel Abdel Mehdi has now announced negotiations are in the final stages, and the current deal has allowed the passing of the long awaited budget, which will now be the 2015 budget. This progress is markedly different from what could have been expected during the Maliki era. Mehdi noted the new tone of relations, stating:

"We think we can sit together and settle all those pending issues like the payments and claims from either side."

The minister also noted that Iraq would not be pressured to cut exports by OPEC and that exports would rise by at least another 100,000 BPD next year.