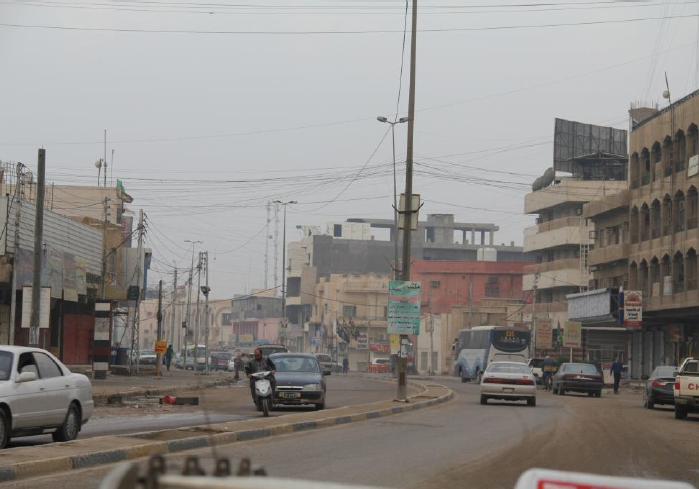 According to a 2009 revision of Iraq's Provincial Powers Act (also known as Law 21) the province of Basra is supposed to be receiving an extra $5 dollars of oil revenue per barrel produced in the province.

If this was the case, the province could be receiving an income equivalent to that of some small countries.

To date however, this has not been the case for both political and economic reasons and currently the province receives much less than its entitlement. This is of critical importance, because the province produces most of Iraq's oil.

This situation might be about to change. The current governor, Majid al-Nasrawi, had his position strongly contested by former PM Maliki, who opposed decentralising power from Baghdad.

Now Maliki is on the sidelines and the Ministry of Oil is headed by the Islamic Supreme Council of Iraq member Abdel Adel Mehdi, of the same party of the Basra governor. Given that Maliki is now longer in the seat of power, we might expect more power to be devolved to provinces like Basra.

Abdel Mehdi hinted a new arrangement could be on the horizon, noting recently that the government were looking for "fairer ways to share revenue with the provinces" to include Basra and not just the Kurdish provinces.

Certainly, the political alignment of Basra and the Oil Ministry through ISCI, a party which pursued a strong federalist agenda in the 2009 election could see some interesting developments. If the current Baghdad-Arbil deal holds, we might expect a new deal for the southern provinces.

In the long term, such federalised arrangements could lead to greater security in Iraq as a whole, since the war torn provinces of Anbar and Ninewa also have oil and gas reserves, although not on the scale of the KRI and the south.