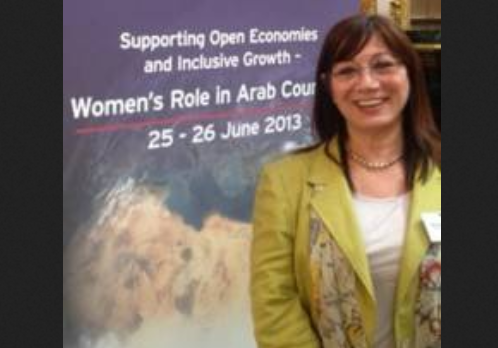 As we wave goodbye to 2014, I am reminded of all the superb achievements of the last 12 months. The ever-changing shifts in the international socio-political scene have caused a swift momentum across the MENA region, allowing us to adapt to new challenges and develop new opportunities.

In November, the Oil and Gas world witnessed the biggest ADIPEC (Abu Dhabi International Petroleum Exhibition & Conference) ever staged. The exhibition for the Energy sector showcased many providers, suppliers, products and services, while the conference was packed with leaders from the Oil and Gas industry. Talks from global experts covered a variety of subjects relating to upstream, midstream, downstream and Petrochemical Complex, with a focus on enhancing production.

I was pleased to see the ‘Women in Industry’ panel discussing how the role of women had grown, and how we can expect them to develop and advance in the future. It seems there is an increasing understanding of women’s contribution to the industry. I was delighted to meet and exchange information with a number of Iraqi engineers and decision-makers, as well as speaking with the female Iraqi engineers who are fast becoming prominent members of the delegations.

London held the CWC Oil and Gas Kurdistan event last December. Attracting large numbers of the industry leaders, and participation by numerous Oil and Gas companies with interests in the region, it was nothing short of spectacular; an immersive experience dealing with the Iraqi energy sector and its emerging opportunities. Much of the talk was concerned with easing issues between Baghdad and Kurdistan.

In the past, issues between Baghdad and Kurdistan have been fraught with mistrust. However, the Iraqi Ministry of Oil and provincial government of Kurdistan have agreed to initiate the first steps towards rebuilding trust by solving their disputes totally, fairly and constitutionally. This comes after a political deadlock which threatened both political and security interests, as well as national unity. The agreement came by direction of Mr. Hayder Al-Abadi, the prime minister, and through consultations between the federal and provincial governments, related to the general budget and oil exportation.

With Iraqi oil exports during December 2014 reaching their highest in over three decades, confidence in this agreement has been seen in the expanding trade relationships between countries such as Turkey and Romania.

Another positive step forward was that a meeting was convened between the current Minister of Oil and former ministers. This meeting will be held on a regular basis, with the purpose of taking advantage of the accumulated national experience in the Iraqi oil sector. It will address the problems and obstacles that hinder the development of the oil industry, and how to face challenges and to develop effective solutions.

They will work to ensure research into a number of topics that are related to production, refining, export, energy storage and export ports. They will also look at the implications of lower oil prices on the national economy, and the growing shale oil production and its impact on conventional oil. It was recognised that there is a need to develop appropriate treatments, modernise regulations and legislation, improve the movement of information and increase the level of services provided to citizens.