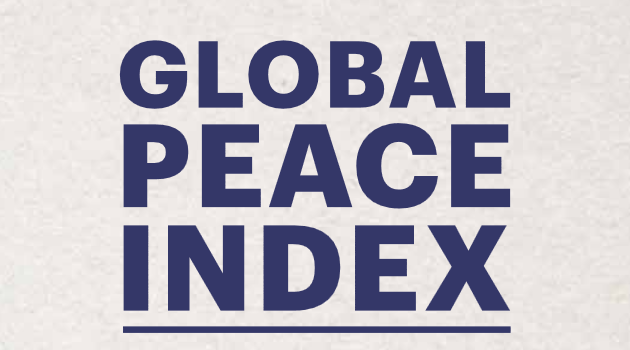 The Institute for Economics and Peace has ranked Iraq 161st out of 162 countries in its 2015 Global Peace Index.

The Global Peace Index measures the state of peace in 162 countries according to 23 indicators that gauge the absence of violence or the fear of violence.

The 2015 report made the following commentary on Iraq:

The conflict in Iraq deteriorated significantly in 2014, with the number of fatalities more than doubling from 8,256 in 2013 to 18,489 in 2014 and the indicator for intensity of internal conflict reaching the worst possible score. As ISIL undertook a rapid and violent expansion across the region during 2014, it is not surprising to see both Syria and Iraq experience deteriorations in their GPI scores. Iraq is the second least peaceful country in the 2015 GPI, after Syria.

The fall of the Saddam Hussein regime expedited the realignment of power within the Middle East. Since the fall, political figures that had been in political exile in Tehran returned to Iraq and took a role in government. This has led to the opportunity for rapprochement between Iraq and Iran, as evidenced by the December 2014 signing of a memorandum of understanding for Tehran to provide military support to Iraq as well as the involvement of militias supported by Iran, such as Hezbollah, and Iranian military advisors in the fight against ISIL.

Violence in Iraq has escalated in part due to the concentration of power under Nouri al-Maliki’s largely Shia government which disenfranchised the Sunni, leading to grievances and the expansion of violent groups such as ISIL.

While ISIL has been active in Iraq for several years, the organisation gained substantial territory in 2014, heightening
international concerns after publicising decapitations of prisoners. This led to a reengagement of the US in Iraq, with the strategic bombing of ISIL positions and the deployment of military advisers to the Iraqi army.

The UN Mission to Iraq (UNAMI) documented possible war crimes and crimes against humanity by both ISIL and Iraqi security forces, including summary extrajudicial executions, sexual violence and violence against civilians, including children.

Before the end of the year, al-Maliki resigned after significant internal and international pressure and amidst criticism that his government had increased the fragmentation between Sunni and Shia communities and was counterproductive for peace.

The Kurdistan Regional Government, which has long disputed Baghdad’s authority over the Kurdish areas inside Iraq, also faced armed confrontations with ISIL, further exemplifying the entanglement of conflicts throughout the region.

Iraq’s Positive Peace scores for well functioning government and acceptance of the rights of others have been  stubbornly poor for the past decade. International Crisis Group noted midyear that the political alienation of Sunni communities in Iraq and their sense of repression and neglect from the Iraqi state are among the longstanding dynamics of conflict.

The report notes that governance reforms have been “sacrificed in the interest of fighting ‘terrorism’, conveniently defined to encompass all forms of Sunni violence and insurgency, but not Shiite equivalents — an ill-conceived strategy that has produced the result it is seeking to prevent.

In contrast, free flow of information improved by 27 per cent, largely driven by an increase in mobile phone subscriptions per capita. However, without an accompanying improvement in the freedom of the press, increased access to digital information is actually benefiting ISIL’s capabilities in propaganda and social media.

The full report can be downloaded here.