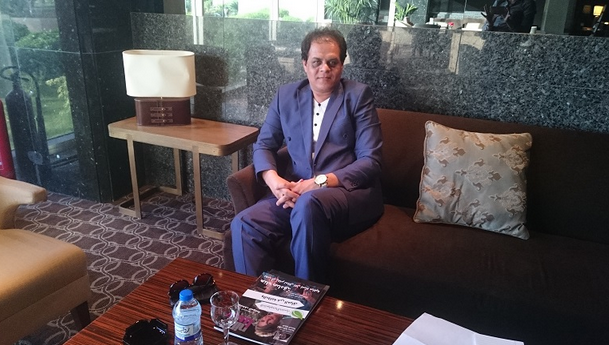 Melad Hamed, is well-known in Iraq and across the Arab world as the cutting edge fashion designer with a heart of gold! So when his team approached Nina with the offer on an interview I was very excited.

I knew certain things about him; for example his conception of a ‘fashion and folklore company’ staffed with mainly of women and youth the Dunyazad Iraqi Fashion House, started in Amman/Jordan in 20014.  I had also come across him as an outspoken advocate in terms of those involved in art and fashion acting as ambassadors for a ‘ better Iraq’.

Amongst many accolades, he has personally been awarded the best fashion designer accolade by the Arab Group in London and, via Dunyazad, has participated in many fashion festivals across Iraq , the Middle East and Europe.

We met in the lobby of a Baghdad hotel. Despite the heat of that afternoon, and the many checkpoints he had to pass through, he arrived  – full of apologies for being few minutes late and bursting with energy and enthusiasm. When we started talking though, I realised this energy was coupled with a quiet, almost studious passion for seeing positive things happen in a country he loves.