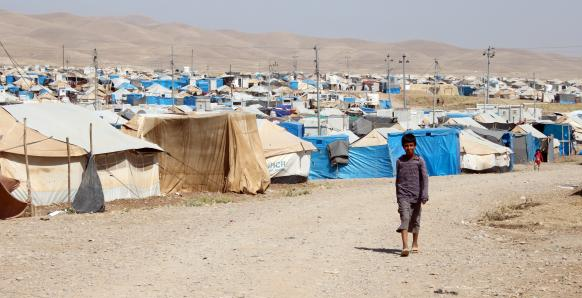 By Editor on 5th July 2015 in Healthcare, Security

Kidneys For Sale in Kurdish Camps: Increase In Iraq's Displaced Leads to Increase in Human Trafficking

Authorities in Iraqi Kurdistan suspect that displaced people are selling their kidneys to feed their families. Problem is, they don't know how to stop it because there's nothing illegal about donating a kidney.

The flood of internally displaced people into the semi-autonomous northern region of Iraqi Kurdistan is not only having an impact in terms of camps and humanitarian aid. It is also helping increase business in one particular sector: human trafficking and illegal organ sales.

Local authorities believe there has been an increase in these kinds of activities. In early June, a report out of the district of Karmayan indicated an increase there – 31 cases of organ trafficking had been reported.

“The increase in the number of displaced people in the Iraqi Kurdish region is the main reason why the amount of human trafficking and trafficking of human organs is increasing,” Tafkah Omar, who heads the legal department of Iraqi Kurdistan's Human Rights Commission, told NIQASH.

“The displaced people here are marginalized and they may be more willing to accept the fact that they could sell their own organs, or their relatives' organs, in order to cover costs of their basic needs,” she noted, before adding that it was also important to consider all forms of human trafficking, including forced prostitution and child labour.

Omar believes that laws around the subject are not tight enough in Iraqi Kurdistan either.

There are several new laws in the pipelines, says Soran Omar, Chairman of the Human Rights Committee inside the Iraqi Kurdish Parliament. “The draft laws on the transfer and transplant of human organs and another draft law on human trafficking have already been read in Parliament,” Omar says.

While Omar couldn't confirm that the number of trafficking cases had gone up over the past few months, he did agree that there was plenty of potential for this to happen. “There are fears that gangs might take more advantage of displaced people here,” he told NIQASH. “The security situation is such that it is still very difficult to prevent human trafficking of all kinds.”