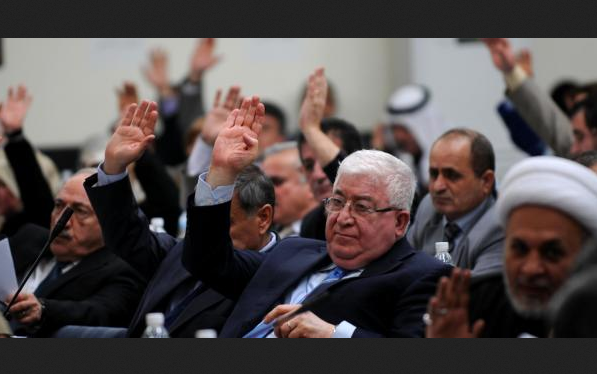 There have been calls to move Iraq from a parliamentary political system to a presidential one. But MPs are already saying this is just a cunning tactic to allow unpopular former PM, Nouri al-Maliki, to regain power.

Recently there have been calls for major changes to the Iraqi political system, moving it from a parliamentary system to a presidential one.

This would mean that rather than elected MPs in Baghdad choosing the country's President, voters would choose the President, who could then work somewhat separately from the also-elected Parliament. For example, the US is a presidential system. Iraq currently has a parliamentary system.

However politicians in Iraq are concerned that if this comes any closer to happening that it will be a way for former Prime Minister Nouri al-Maliki to slip back into power, but this time through a legal back door.

They are also concerned that while it may not be something that can happen immediately, there is potential for some changes to occur during the next elections.

The call for these changes were started by one of the Shiite Muslim militias involved in the fight against the extremist group known as the Islamic State. The group, League of the Righteous, or Asaib Ahl al-Haq in Arabic, is known to be closely linked with al-Maliki. It is also known to be one of the more hard line and extremist of the Shiite militias.

Which is why many local politicians saw this as a call to bring al-Maliki, who is currently somewhat sidelined as one of Iraq's three Vice Presidents, back to power. Al-Maliki's divisive policies and attempts to centralise power have taken a fair share of the blame for the country's current security crisis and, although his party was successful in the last elections, al-Maliki lost the post of Prime Minister to colleague, Haider al-Abadi late last year.