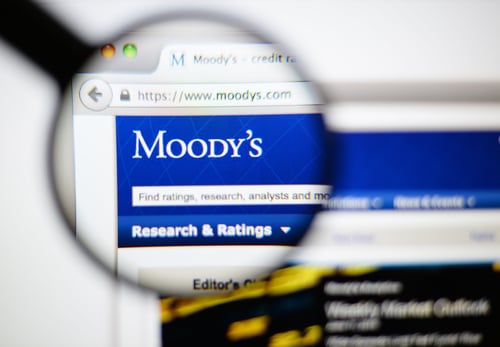 By Editor on 21st September 2015 in Iraq Banking & Finance News

Moody's Investors Service has today assigned a provisional rating of (P)Caa1 to Government of Iraq's planned USD-bond issuance, with a stable outlook.

The rating was initiated by Moody's Investors Service and was not requested by the rated entity. It is being assigned ahead of planned issuance of USD-denominated debt by the Iraqi government in the United States under Rule 144A. Moody's expects to remove the provisional status of the rating upon the closing of the proposed issuance and a review of its final terms.

Iraq is oil-rich and has a lot of potential for economic development and growth. According to the BP Statistical Review of World Energy 2015, Iraq's proven oil reserves were 150 billion barrels in 2014, the fifth largest in the world, accounting for 8.8% of global proven reserves.

Real GDP growth has averaged 7.7% between 2008 and 2013, making it the 15th fastest growing economy in the world based on IMF data. According to Moody's estimates, growth was particularly strong in the oil sector, which expanded by almost 12% on average, whereas non-oil real GDP grew much more slowly, by around 5.5% on average. In 2014, real GDP declined by 2.1%, driven by a sharp contraction in non-oil growth, whereas oil production continued to grow by around 4.5%.