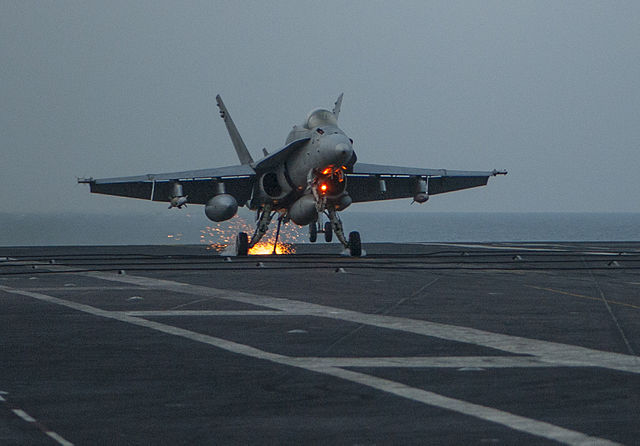 By Bob Tollast on 21st September 2015 in Security

The US Department of Defence have announced 9 Coalition air strikes in Iraq, normally indicative of 24hrs of activity, in addition to several strikes launched against ISIS in Syria.

The recent strikes indicate a wave of ISIS activity on the northern fronts where the Kurdish Peshmerga are battling ISIS, and at Baiji, the contested oil refinery and local town. This is fighting on generally static fronts where close coordination between Iraqi forces and Coalition aircraft has caused many ISIS casualties.

Anbar is still relatively quiet, indicating that the stalemate in the operation to re-take the strategic towns of Ramadi and Fallujah is ongoing.

Strikes in Iraq were listed as follows:

-- Near Huwayjah, an airstrike was conducted with inconclusive results.

-- Near Beiji, an airstrike struck an ISIL tactical unit and destroyed one ISIL vehicle.

-- Near Kirkuk, an airstrike struck an ISIL tactical unit.

-- Near Ramadi, an airstrike destroyed an ISIL vehicle.

-- Near Rawah, an airstrike struck an ISIL tactical unit.