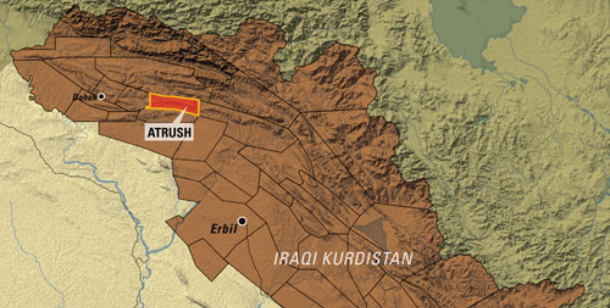 Canadian-based ShaMaran Petroleum and TAQA, the Abu Dhabi National Energy Company, are in dispute regarding the Atrush block in Iraqi Kurdistan.

In a statement to the markets on Monday, ShaMaran said that its wholly owned subsidiary, General Exploration Partners (GEP), has received a Default Notice from TAQA Atrush B.V., the Operator of the Atrush Block, claiming that GEP has failed to pay its full participating interest share of July and August cash calls pursuant to the Atrush Block Joint Operating Agreement (the "JOA") between TAQA, GEP and Marathon Oil, the other non-operating Atrush partner which it says has also received a similar Default Notice from TAQA.

GEP intends to respond to the Default Notice by providing TAQA with a written Notice of Dispute in which GEP disputes that it is in default on the basis that it has paid in full its share of cash calls in accordance with the terms of the JOA, and that TAQA has breached certain contractual and equitable obligations under the JOA including implementing the terms of the PSC.

GEP will seek to recover all losses, costs, expenses, compensation and damages in law and equity caused directly or indirectly by TAQA's breach of its contractual and equitable obligations as Operator and will also take all available and necessary interim measures to protect its interests under the JOA and the PSC.

5 Responses to ShaMaran, TAQA, in Dispute over Atrush