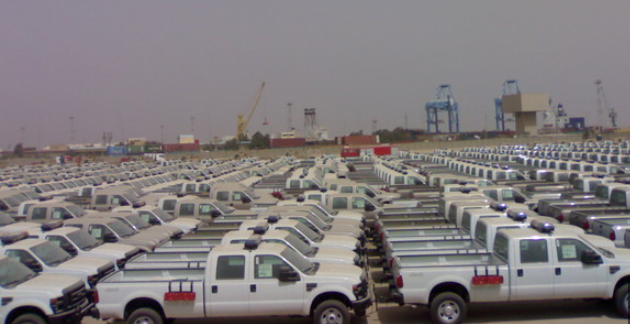 “The main square is full of cars imported by merchants who refuse to receive them,” says Hashim Adnan, the director of Umm Qasr's southern port.

“Dozens of traders and transporters have been affected by the implementation of this new law in the middle of this year,” adds Ahmad Jabbar al-Darraji, another businessman from Basra. “In the past the tax was only at about 3 percent, now it's risen to 15 percent, and the delays in business are causing people to stop working and lose their jobs.”

The laws on customs and taxes are controversial, and the customs duties have been being debated for some time. But as global accounting giant, Ernst and Young, announced in the middle of 2015: “On June 4, 2015, the Iraqi General Secretariat of the Council of Ministers announced that the Council has resolved to approve the imposition of customs duties and sales taxes with effect from 1 August 2015. Customs duties and sales taxes are to be collected at all points of entry without exception, in accordance with Article 33 of the 2015 Federal Budget Act”.

After an initial surge in sales and imports shortly before the tax came into effect, trade has now dropped off. A source at the port of Safwan told NIQASH they believed that business at the port had dropped to below half the volumes being done before the imposition of the new customs duty.