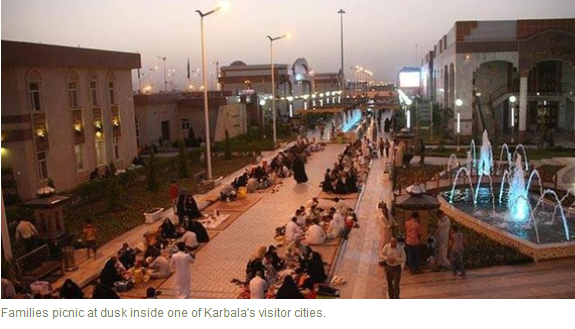 And by fake projects, Tumah is talking about the kinds of building projects that only exist on paper. Contractors and officials collude to steal public money by agreeing to plan a building project but never finishing it. Sometimes construction companies are set up by officials in the names of relatives or others close to them. This way, the project money goes straight into the pockets of the deal makers and nobody ever knows about the dodgy deal but those involved.

Early in the morning, the al-Khafaji family from Basra are packing up their Kia SUV to head into Karbala. “I wish huge amounts of Iraq's money were not wasted on paper projects,” al-Khafaji says, as he's putting things into the boot.

“If Iraq's money was invested properly, there would have been some important projects finished by now. If the country's money was spent solving problems like waste removal and water pollution – Basra has these problems too – this would be a better place,” he told NIQASH before driving away into the dawn.