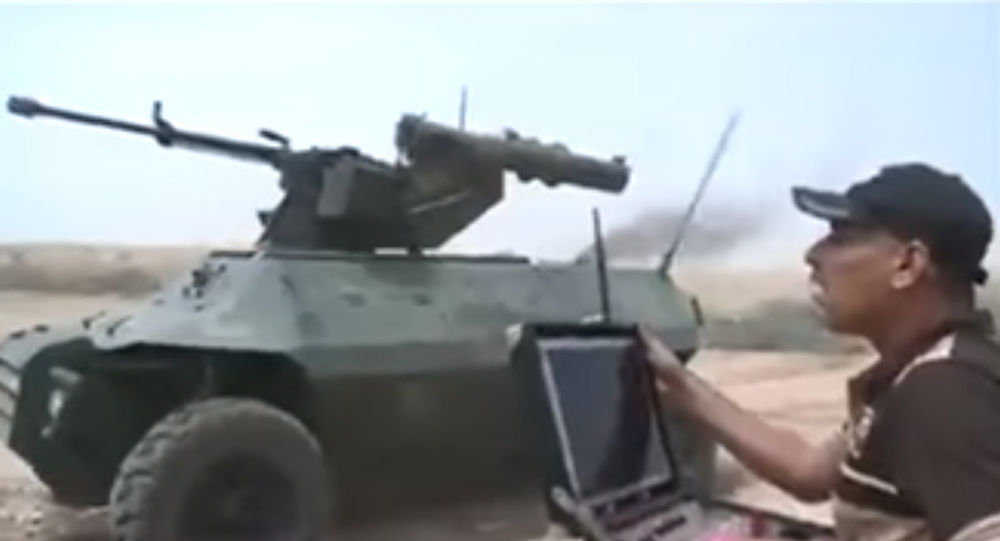 Two Iraqi brothers have constructed a robot dubbed "Alrobot" ("the robot") to send into battle against the self declared Islamic State. The slick looking vehicle, the size of a small beach buggy, has an approximately 1 kilometer range and is controlled via laptop.

If deployed, it would be among the first generation of unmanned fighting vehicles that can actually shoot targets. Currently, the US military is still developing these weapon systems, and the US Marine "Gladiator" robot (based on a similar principle to Alrobot) is still under development.

This could, in theory, put the Iraqis ahead of the curve, although it is unclear how well armored the rocket firing device is, which also has a machine gun mount.

For now, Alrobot is likely to prove a mere headache for ISIS, but since they already have a lot to deal with, that may be no bad thing