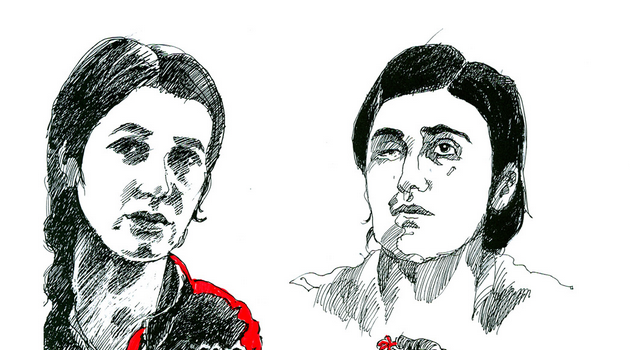 By Editor on 28th October 2016 in Politics, Security

Yazidi survivors and public advocates Nadia Murad and Lamiya Aji Bashar were announced as this year's Sakharov Prize laureates during this week's plenary session in Strasbourg.

The annual Sakharov Prize for Freedom of Thought is awarded to individuals who have made an exceptional contribution to the fight for human rights across the globe, drawing attention to human rights violations as well as supporting the laureates and their cause.

This year's Sakharov Prize laureates Murad and Aji Bashar survived enslavement by Islamic State and have sought refuge in Europe. They have become spokespersons for women afflicted by the terrorist group's campaign of sexual violence and are also public advocates for the Yazidi community. The winners were announced on Thursday. The Sakharov award ceremony will be held in Strasbourg on 14 December.

On 3 August 2014, IS slaughtered all the males in the village of Kocho, Aji Bashar and Murad's hometown in Sinjar/Iraq. Following the massacre, women and children were enslaved: all young women, including Aji Bashar, Murad and their sisters were kidnapped, bought and sold several times and exploited as sex slaves.

During the Kocho massacre, Murad lost six of her brothers and her mother, who was killed along with 80 older women deemed to have no sexual value. Aji Bashar was also exploited as a sex slave along with her six sisters. She was sold five times among the militants and was forced to make bombs and suicide vests in Mosul after IS militants executed her brothers and father.

In November 2014, Murad managed to escape with the help of a neighbouring family who smuggled her out of the IS-controlled area, allowing her to make her way to a refugee camp in northern Iraq and then to Germany. A year later, in December 2015, Murad addressed the UN Security Council's first-ever session on human trafficking with a powerful speech about her experience.

In September 2016, she became the first United Nations Office on Drugs and Crime (UNODC) Goodwill Ambassador for the Dignity of Survivors of Human Trafficking, participating in global and local advocacy initiatives to raise awareness around the plight of the countless victims of trafficking. In October 2016, the Council of Europe honoured her with the Václav Havel Human Rights Prize.

Aji Bashar tried to flee several times before finally escaping in April with the help of her family, who paid local smugglers. On her way over the Kurdish border, and while racing towards Iraq's government-controlled territory with IS militants in pursuit, a landmine exploded, killing two of her acquaintances and leaving her injured and almost blind.

Luckily she managed to escape and was eventually sent for medical treatment in Germany, where she was reunited with her surviving siblings. Since her recovery Aji Bashar has been active in raising awareness about the plight of the Yazidi community and continues to help women and children who were victims of IS enslavement and atrocities.