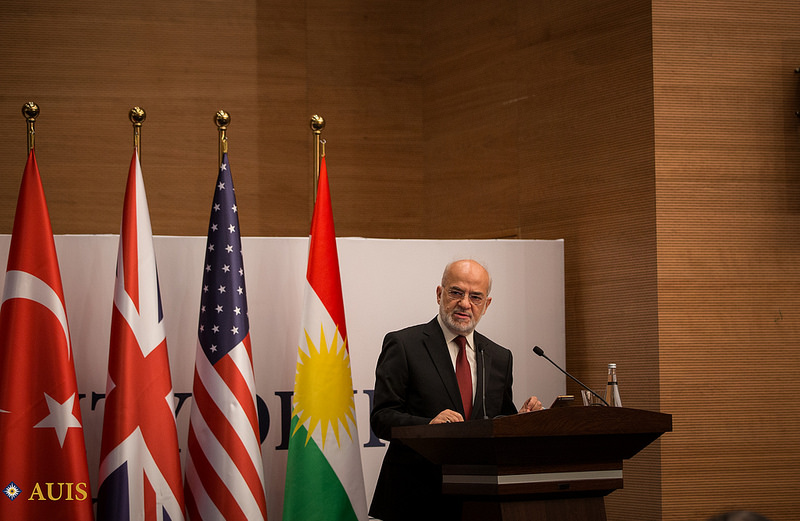 Last week I had the pleasure of attending the American University of Iraq’s fifth annual Sulaimani Forum. This time the theme was “Beyond Da’esh: Ending the Cycle of Conflicts, Toward Durable Solutions.” Speakers included Iraqi Prime Minister Haider al-Abadi, KRG Deputy Prime Minister Qubad Talabani, Yezidi author and Da’esh survivor Fareeda Abbas, and Francis Fukuyama, best known for his 1992 book The End of History and the Last Man.

The panel discussions covered a wide range of topics. We heard about the human cost of war (horrific), the progress of the Mosul operation (good), political and economic reform (urgently needed), and the latest moves in the regional “great game” (more inscrutable than ever with Trump as US president). Not surprisingly, there were more questions than answers. There was unanimous agreement on the need for reconciliation among factional rivals, better governance, and economic diversification. Exactly how these objectives might be realized was naturally less clear.

One issue in particular struck me as worthy of more attention. In his inaugural address, the Prime Minister noted that infrastructure worth US$ 35 billion has been destroyed as a result of the conflict. In addition to the destruction of buildings in places like Mosul, where entire neighborhoods are being razed to the ground, many roads and bridges have been damaged and there has also been widespread looting of industrial facilities, reportedly at the hands of both Da’esh and government-allied militia groups.

How is the reconstruction of all this infrastructure going to be paid for? The government has recently had notable successes in raising money through bond issues and import tariffs, but these new funds are needed to reduce the fiscal deficit resulting from the 2014 oil-price crash. At this point, the international market for Iraqi bonds may well be tapped out. There is also little room for further increases in domestic government debt, which has risen by 300% in just the past three years—from the equivalent of US$ 10 billion in 2014 to $40 billion today.

Barring a big jump in oil prices, the inconvenient truth is likely to be that it won’t really be possible to finance $35 billion in reconstruction costs. In which case, even if the laudable goals highlighted at this year’s Suli Forum can be achieved, large areas of Iraq—including Mosul, the country’s third largest city—will lie in ruins for years to come.