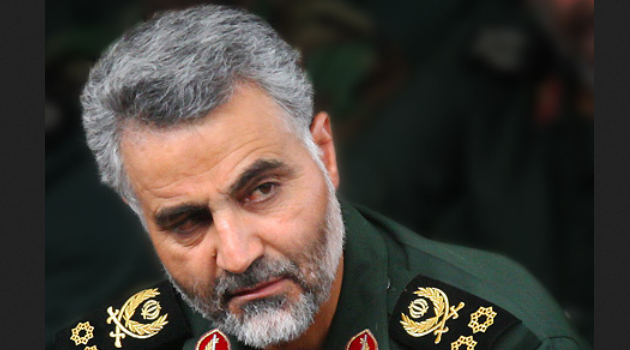 By Editor on 27th April 2017 in Politics, Security

By Hamdi Malik for Al Monitor. Any opinions expressed here are those of the author and do not necessarily reflect the views of Iraq Business News.

As talk of an independence referendum for Iraq's Kurdistan Regional Government (KRG) grows, Iran's role is becoming more visible, especially that of Qasem Soleimani (pictured), the powerful commander of the Islamic Revolutionary Guard Corps' Quds Force. But it appears that this role is retreating in the face of Kurdish ambitions for more independence.

Kurdish media outlets reported April 10 that Soleimani had met senior leaders of the Patriotic Union of Kurdistan (PUK) in Sulaimaniyah. Rudaw, a media organization aligned with the Kurdistan Democratic Party (KDP), reported April 11 that the goal of the visit was to prevent the KRG from holding an independence referendum.

But it appears that PUK officials were not the only parties to the meeting. Soleimani had discussed the poll with KRG President Massoud Barzani in Erbil. Soleimani is Iran's top official in Iraq, according to KRG Prime Minister Nechirvan Barzani. As such, he has had many relationships with Kurdish figures, especially in the PUK and the Kurdish Movement for Change (Gorran), since the 1990s.

Iraqi Kurdish political forces recently have increased their calls for a referendum on Kurdish independence. The leadership of the KDP has said such a poll will be held this year. The KDP and the PUK agreed to set up a joint panel April 2 to decide how the poll would be run and set a date for it.

Iran is against such a step and sees an independent KRG as a red line, something KDP Secretary-General Fadel Mirani dismissed on April 11, saying, "We don't need permission from anyone to hold a referendum." But it is impossible to ignore the clout of neighboring states opposed to Kurdish independence. Iran especially enjoys serious influence over the PUK and Gorran in Sulaimaniyah, which is close to the Iranian border.