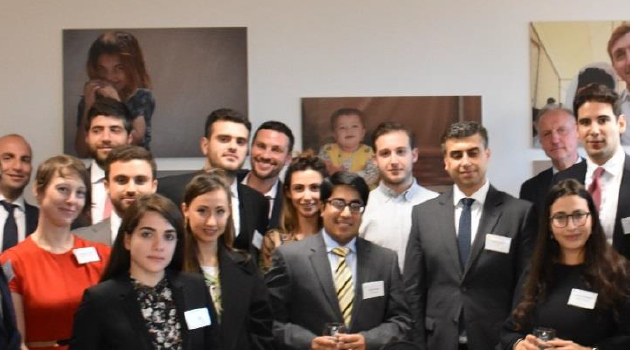 At the end of May 2017, the Iraq Britain Business Council (IBBC) launched its latest initiative: the Young Executives Network. The event was held at the IBBC offices in Westminster Tower, London, where Mr Zaid Al Elyaseri, Country Manager of BP Iraq, was the first guest speaker.

Around 30 young professionals, executives and entrepreneurs attended the meeting, which is designed to connect, support and facilitate a strong business support network for those with Iraqi descent or who have a strong interest/affiliation with Iraq.

The IBBC Young Executives Network is a platform committed to strengthening and maintaining the longstanding relationship between Iraq and Britain by bringing together the ideas and expertise of subject matter experts, IBBC members and young professionals in the UK, Iraq and internationally.

It is a diverse and pluralistic platform created to foster collaboration, encourage discourse and support the development of connections within the business, academic and cultural ecosystem of Iraq.

The Chairwoman and Chairman of the IBBC Young Executives Network, Dunya Hatem Shamkhi and Sammy Sharifi, gave an overview of the core values, benefits and mission statement of the new initiative after an introduction by Managing Director of IBBC, Christophe Michels. In his introduction, Mr Michels said that YEN “was designed to enable young executives of Iraqi descent to find a way to positively engage with their country of origin which they might find difficult to engage with otherwise”.

He added that “Zaid Elyasery was the perfect role model for the YEN, born in Baghdad but leaving Iraq as a child with his parents and only returning to the country in his thirties and under the Umbrella of BP”. He also remarked that he “could not think of better qualified chairpersons than Dunya and Sammy to lead the IBBC Young Executive Network, Dunya being an Architect and Sammy a Property Developer, they literally embodied the IBBC’s founding credo together we build Iraq”.

This was followed by a presentation from the Iraq country manager of BP, Mr Zaid Elyasery, on BP’s history of involvement in Iraq, the integration of a local Iraqi workforce into field operations and his optimism for the Young Executives Network to bring Iraqi and UK young professionals closer together and strengthen future ties between the two economies.

But more importantly, Mr Elyasery told his personal story that lead him to take the helm of BP in Iraq. Zaid inspired his audience and promised to fully support the IBBC Young Executives Network in future.

For more information on membership criteria, benefits and the objectives of the Young Executives Network, read more here, or contact: mailto:[email protected]