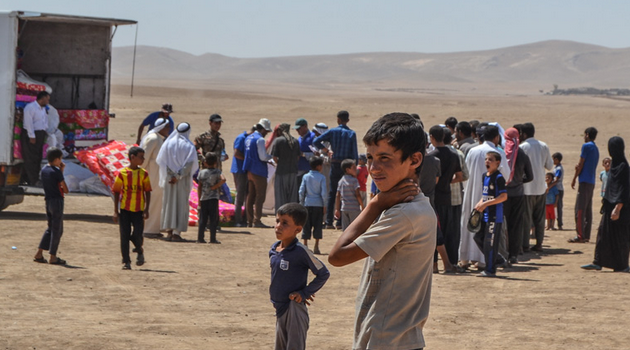 By Editor on 9th August 2017 in Healthcare, Security

Following the fall of Mosul, 255 families – mostly shepherds with their livestock – fled from villages on the outskirts of Tal Afar to establish an informal camp in Badoush, about 40 kilometres from Tal Afar city, in Iraq’s Ninewa governorate.

They escaped about six weeks ago.

Iraqi forces are preparing to launch a military offensive on Tal Afar – a city originally of 200,000 people in Iraq’s northern Nineveh province, before ISIL took control of it in mid-2014. Although the militant group has lost nearly two-thirds of the territory it once controlled, it remains active in some of the country’s northern and western areas.

Tal Afar city, with the largest Turkmen population in the country (a mix of Sunni Turkmen and Shia Arabs), is located about 60 kilometres west of Mosul.

According to reports from Tal Afar, where an estimated 10,000 to 40,000 people remain in the city, ISIL is preventing people from escaping, as it did in West Mosul, by shooting at families attempting to flee.

Those managing to flee the city, mostly women, children and the elderly, must take a meandering route to avoid being spotted by ISIL, mostly arriving in the late hours of the night.