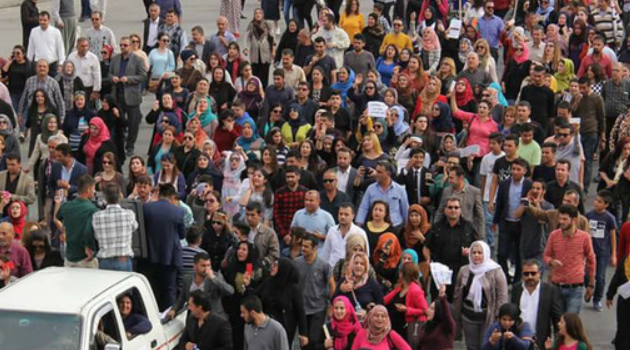 Ibrahim Abbas, who was a member of the KDP for 25 years, was beaten in July in the city of Erbil after publishing material critical of the party. He now receives death threats, he told Niqash.

Abbas believes the new leadership does not share the vision of a free press promoted by former leaders Nashirwan Mustafa and Jalal al-Talabani.

Jalal Talabani, PUK secretary-general, has been suffering from an illness since 2012, while Nashirwan Mustafa, general coordinator of the Change Movement, died in May 2017. Most commentators agree that these two key figures played a major role in expanding freedom of expression within areas controlled by the PUK.

Abbas says he was told by the USA that his life could be in danger if he remains in Sulaymaniyah. “But in Erbil I will be safe and no one will dare to kill me,” Abbas told Niqash.

Rahman Ghareeb, coordinator of the Metro Center, which documents and publishes violations against journalists every six months, said that his center does not count violations according to provinces and areas, but rather on a national basis.

“We have never said that Sulaymaniyah is better than Erbil. There is a group of people inside parties in Sulaymaniyah and influential persons in the government who will do the same things they did in the mountains if they are given the opportunity to do so,” Ghareeb told Niqash.

The coordinator of Metro Center said that the conditions of the press in the region in general are poor and this is due to the mentality of those in power.

Security services avoid commenting on such sensitive cases, merely saying that the files are in the courts. But the courts are yet to resolve any.

The borders that were drawn between the two conflicting powers during the civil war are fading away and the two fronts have become identical, leaving no place for protest in Kurdistan.