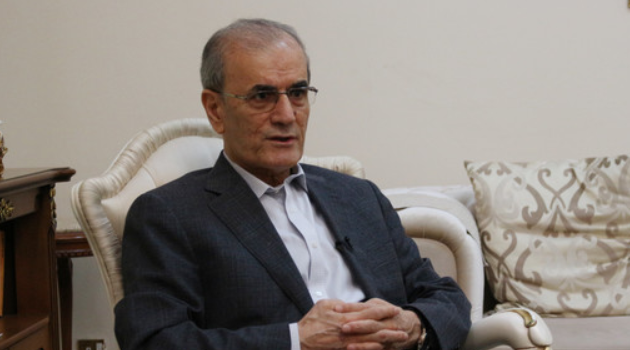 NIQASH: There have been a lot of rumours about increasing tensions around Kirkuk, between the Iraqi army, Iraqi Kurdish military and the Shiite Muslim militias.

Karim: We should not confuse the military topic and the referendum. The biggest Turkmen village in Kirkuk, Bashir [about 27 kilometres south of Kirkuk city], was freed by the Peshmerga [Iraqi Kurdish military] and then passed over to the Hashd al-Shaabi [Shiite Muslim militias] to supervise. Some of the leaders of the Hashd al-Shaabi have fought alongside the Kurdish in the mountains, against the Iraqi army. One them is Hadi al-Ameri [leader of a major militia, the Badr group]. Those older connections between us will prevent any clashes in this area.

NIQASH: There’s been a lot of international opposition to the Kurdish referendum.

Karim: We have informed officials from the Iranian government who visited, that the PUK supports the road map toward Kurdish independence and we will not compromise. We expect neighbouring countries to deal with us appropriately, as they did with the Republic of Azerbaijan, even though there were Azerbaijani nationals in their countries then.

NIQASH: Has the Iraqi government communicated with you about the fight to push the extremist Islamic State group out of Hawija?

Karim: No, we were not consulted. The operation started out of eastern Tikrit. The force we supported, the volunteer militia out of Hawija, is involved in the operation.

NIQASH: Will the Iraqi Kurdish military take part in the fighting in Hawija?

Karim: We discussed this issue with the Peshmerga Ministry but up until now, there’s been no agreement on when to start the fight from out of areas controlled by the Peshmerga.

NIQASH: The Iraqi parliament says they want to dismiss you from the governor’s post. But you have said the decision doesn’t affect you. So what’s your next step?

Karim: The Kirkuk provincial council, the president of Iraqi Kurdistan, the government of the Iraqi Kurdistan, Kurdish political parties and various lawyers have all rejected that decision. So we are not going to abide by it.