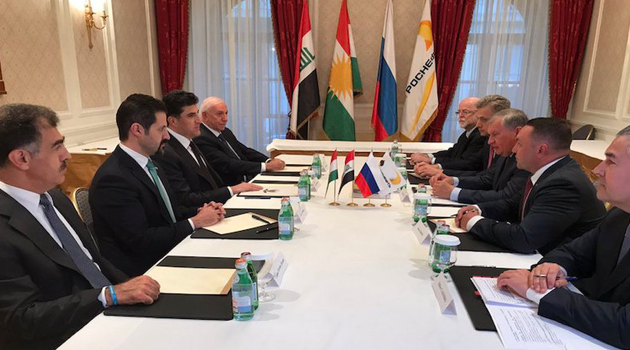 The second dimension of Russia’s KRI move is the exploration and production of 5 blocks with an 80% working interest and a potential estimated 670 million barrels of oil reserves, although in recent years, such estimates have proven to be highly overstated in the KRI. Rosneft will invest USD 400m in an exploration programme with hopes of starting production in 2018. Although the blocks were not specified, until recently these were assumed to be in the disputed territories especially given the pipeline deal.

However, the loss of these territories changes this assumption and presumably Rosneft would demand the best blocks within the KRI’s official borders but it is difficult to guess which would these be, given the large numbers of blocks relinquished by IOC’s since 2016 as a result lower oil prices and disappointing exploration results.

The third and the most important pillar of Russia’s entry has been in oil infrastructure through a 60% ownership of the KRG pipeline and an investment of around USD 1.8bn increasing its current capacity of 700,000 bbl/d to 1,000,000 bbl/d. Its 60% ownership would probably include a similar share in the pipeline’s tariffs collected on transported oil.

However, the planned increased capacity is meaningless and the investment financially unfeasible without the exports of the Kirkuk fields reclaimed by the central government, as otherwise current capacity would more than cover the remaining exports and any that would be coming from Rosneft’s 5 blocks.

Iraq’s Oil Ministry has recently announced plans for repairing the old federal pipeline as well as asking BP to develop these reclaimed fields. BP’s response has been positive, and the ministry in the recent past had reported an initial agreement with Iran to build a pipeline from the Kirkuk fields to Iran.