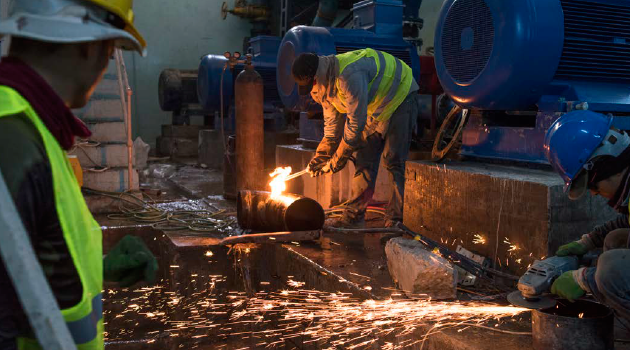 By Editor on 6th February 2018 in Construction & Engineering In Iraq

Denmark has contributed an additional US$ 21.4 million (DKK 135 million) to UNDP’s Funding Facility for Stabilization (FFS), which finances fast-track initiatives to stabilize areas liberated from the Islamic State of Iraq and the Levant (ISIL).

“It is truly impressive to see the progress that is being made in newly liberated areas. More than half of all of the nearly six million people who fled their homes during the conflict have returned. Accelerating stabilization so the 2.6 million people who are still displaced can go home and rebuild their lives is one of Iraq’s highest priorities.”

“Denmark congratulates the Iraqi people and the Iraqi Security Forces on the continued success in liberating Iraq from ISIL, with support from the International Coalition. Rehabilitation of critical infrastructure and reestablishing public services remain critical to enable the return of people displaced by the conflict.

"This additional contribution to the Funding Facility for Stabilization, together with our funding for mine action and our support to strengthen the capacity of the Iraqi Security Forces, demonstrates Denmark’s continued commitment to support stability in Iraq."

At the request of the Government of Iraq, UNDP established the Funding Facility for Stabilization in June 2015 to facilitate the return of displaced Iraqis, lay the groundwork for reconstruction and recovery, and safeguard against the resurgence of violence and extremism.

The Facility currently has more than 1,600 projects underway in 23 liberated cities and districts, helping local authorities to quickly rehabilitate essential infrastructure. More than 95 percent of all stabilization projects are done by the local private sector employing local labour.