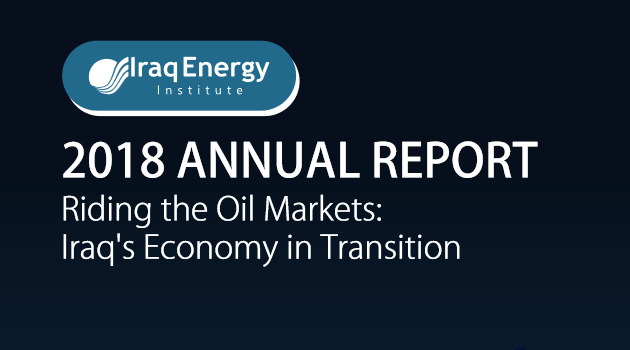 In its summary, the IEI says:

"Iraq’s fortunes are once again highly dependent upon oil prices following a period where the government succeeded in stabilising expenditures, on the basis of IMF conditionality.

"This period was of course accompanied by the 2014-2017 war against the self-declared “Islamic State,” when Iraq was struggling through an existential conflict. During this difficult time, Iraq’s fundamental stability, on virtually every metric, was supported by the success of its energy sector.

"On that basis, 2018 carried good news for Iraq, not only due to rising oil prices. This report outlines some of the areas where oil and gas have truly contributed to energizing Iraq’s economy, looking at increasing gas utilization in southern Iraq, which now carries the real potential to alleviate Iraq’s electricity crisis.

"We examine growing cooperation between the Federal Government and the Kurdish Region of Iraq in the energy sector, which is increasingly based on a firmer legal footing with the passing of the 2019 budget law, which could in theory usher in a new era of Baghdad-Erbil relations."

2 Responses to Riding the Oil Markets, Iraq’s Economy in Transition