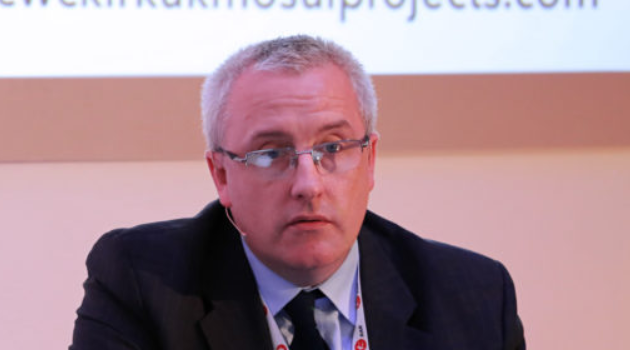 Delegates attending CWC's Kirkuk & Mosul Megaprojects conference in London have been told that while Iraq "has never experienced as small a number of security incidents in the post 2003-era as it is now ... there are some parts of Iraq that are experiencing as many incidents as they did in, say, 2008".

Dr Michael Knights (pictured), of the Washington Institute for Near East Policy, added:

"It's all about exact location -- the human terrain, the physical terrain, the security presence, and the level of Daesh threat ...

"It's also important to note that some of the 'liberated' areas are liberated during the day, but they're not liberated at night, and that's a very important distinction ... so you need to look into the degree to which an area truly has been liberated and normalised."

He said that Mosul is now one of the most secure environments in the country.

"Most of the Daesh attacks that still happen, happen against very very soft targets", explained Knights, "and if you're an investor, you're unlikely to be a soft target, you're likely to be secured."